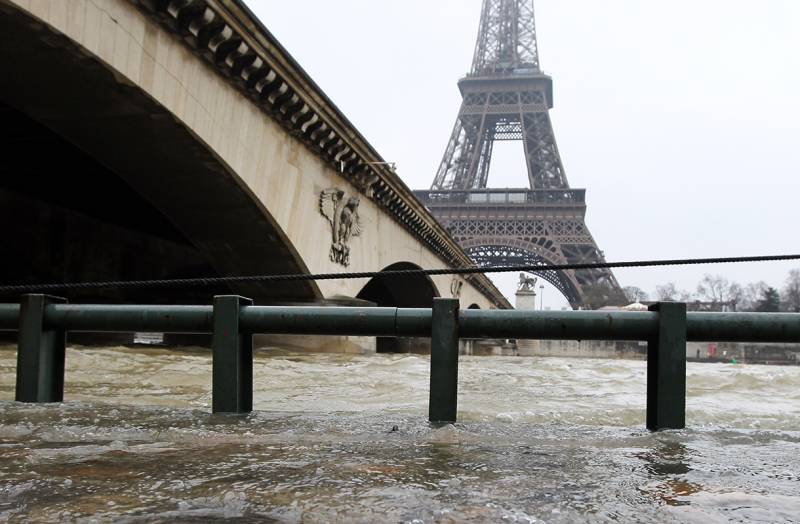 PARIS - The Seine River in Paris is expected to hit its peak on Saturday, as hundreds of residents have been evacuated as a precaution.

Roads and Metro stations close to the river have already been closed and museums near the banks of the Seine have taken emergency measures after record rainfall, the Local France reported.

The water level is expected to reach 20 feet by Saturday, which is 13 feet higher than its normal height, according to the latest official weather bulletin. The country has been hit by the third wettest on record since data began in 1900, according to Meteo France. 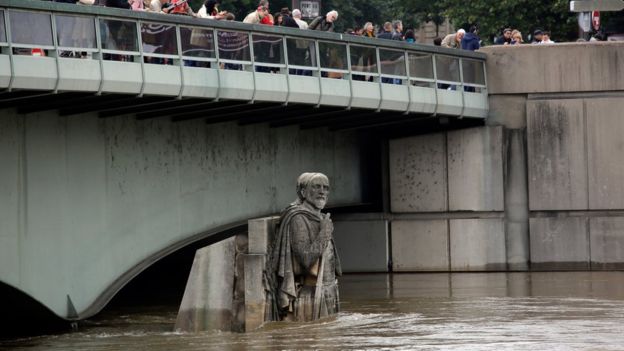 Many regions have seen double the rainfall than normal, including Paris, where 183 millimetres (7.2 inches) have been dumped since December 1. More rain was forecast for today.

The flood is also starting to affect the famous Louvre Museum, located next to the Seine. In a statement, France's most visited museum - home of the Mona Lisa - said it will close the lower level of the Department of Islamic Arts until Jan. 28. 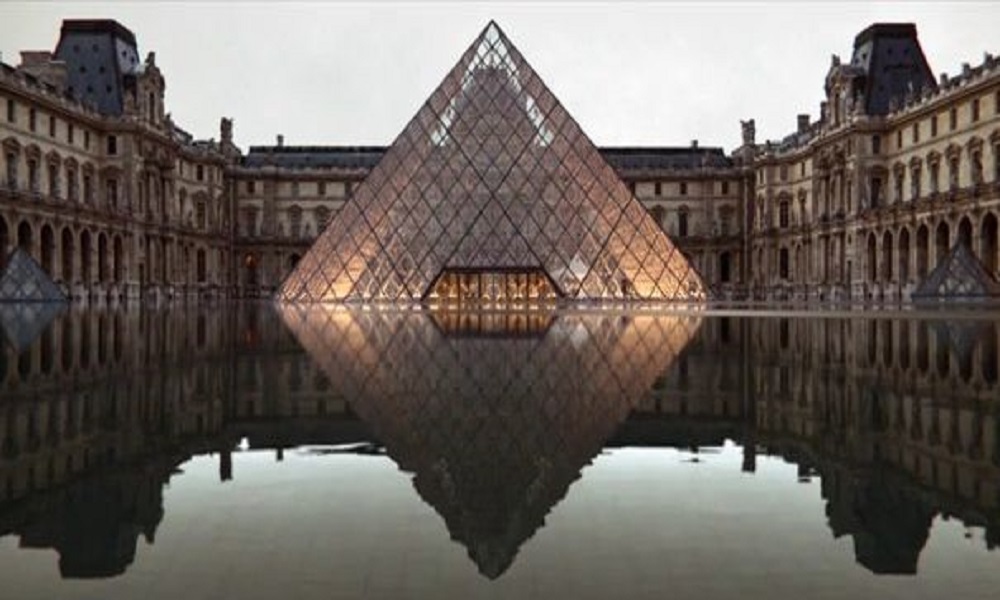 The rising waters have also brought Paris’s rat problem to the surface, as the rodents are flushed out of the sewers in many parts of the city. 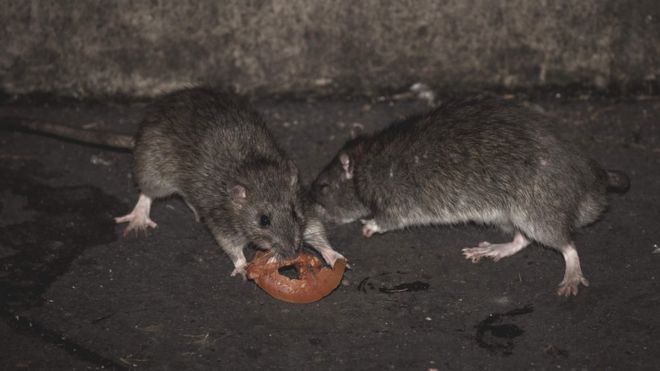 Roads and walking paths along the river have been closed and river traffic has been stopped on the Seine, because boats are unable to pass under the bridges. 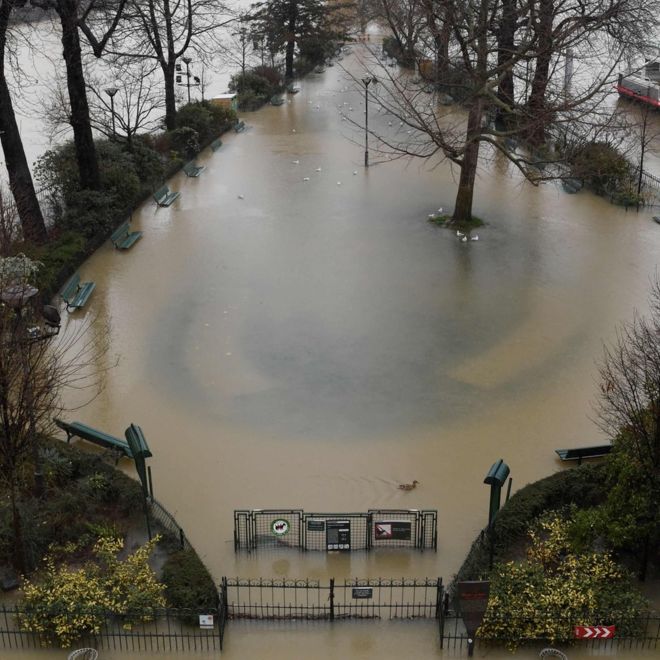 The current flood has a long way to go to beat the record. In 1910, during “The Great Flood of Paris,” the Seine water level rose to 28 feet.