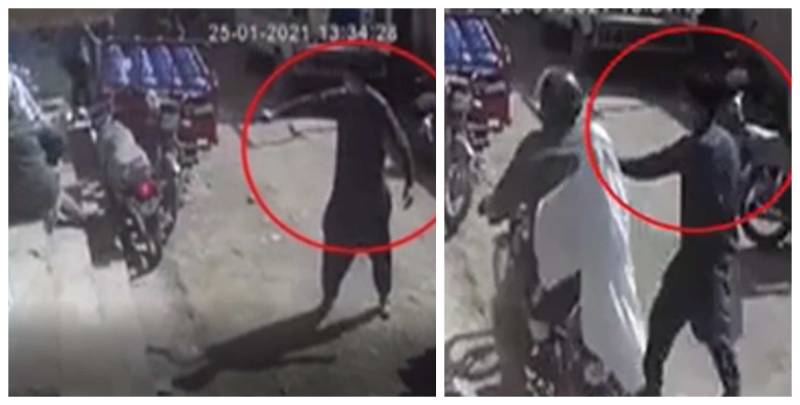 KARACHI – A man travelling with daughter on a motorbike was shot in the leg over resistance during a robbery bid in the Korangi area of Sindh capital.

In the CCTV footage of the incident, Tahir, a resident of Karachi, was seen along with his daughter when the street criminals on a motorbike surrounded them near Allahwala Town of Korangi.

It showed that criminals in the daylight looted the valuables and later shot fire at the man’s leg over resistance. Before being shot by the criminals, the man was seen trying to save his daughter.

According to the police, the wounded man was immediately rushed to the nearest hospital for medical treatment and is out of danger now.

HAFIZABAD – Four women, in a broad daylight incident, posing as customers decamped with gold worth half a million ...