Germany to provide Pakistan over €22m in financial assistance 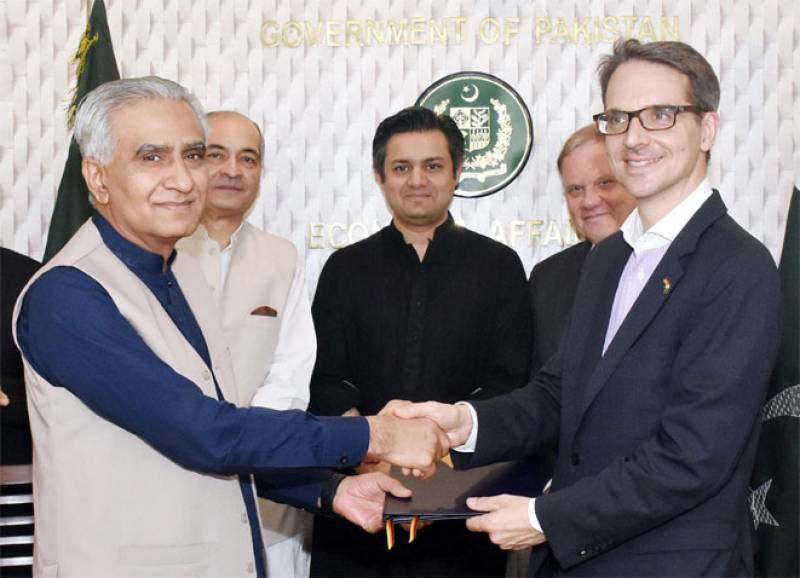 ISLAMABAD – Federal Minister for Economic Affairs Hammad Azhar has opined that the financial assistance from Germany will support key priority sectors of the government like renewable energy, social health protection and access to financial services.

He was speaking at an agreement signing ceremony between Pakistan and Germany in Islamabad on Friday.

The Minister said the Pakistani government honors and appreciates financial cooperation from Germany and looks forward to strengthening bilateral relations in the future specifically after the Government-to-Government negotiations in September this year.

The agreement signed between the two countries under the Pakistan-Germany Development Programme is for financial assistance worth 22.4 million Euros to support existing projects in renewable energies, better grid connections and improved access to financial services.

Under the agreement, support for Social Health Protection schemes in Khyber Pakhtunkhwa and Gilgit-Baltistan is also included which shall provide health insurance to underprivileged masses and investments for polio eradication in collaboration with Ministry of National Health Services.

The contracting parties underlined the good relations between Germany and Pakistan and looked forward to strengthening their cooperation.

Both sides looked forward to having meaningful deliberations in the upcoming Government to Government Negotiations in Berlin this year to commit funds for future projects.