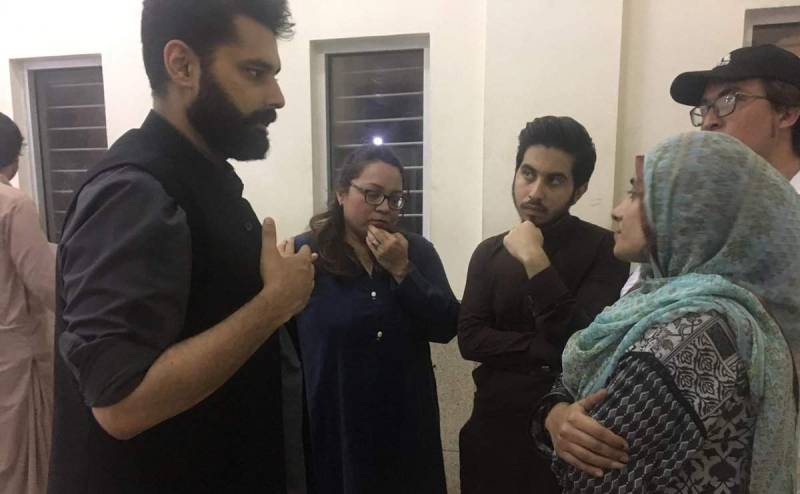 In a detailed video on Friday, Jibran confirmed that Samreen, who alleged that her daughter (named concealed for privacy) was raped by Raza Bugti, was behind bars after police conducted investigations into the case.

Flanked by other activists, Jibran put forth his telephonic conversation with the family and rejected the allegations leveled against him regarding the case.

Social media influencer Waqar Zaka had uploaded multiple videos on social media after the case came to the limelight in May, alleging that the alleged rape case was just a photo opportunity for Nasir.

However, in a detailed video, Jibran Nasir - for the first time - revealed what he and Kabeer (Samreen Sheikh's son) discussed over the phone. In his latest video, Jibran Nasir asserted that for him, the safety of Samreen's children was of paramount importance.

Jibran Nasir, who had got in touch with the family after Samreen Sheikh's video went viral on the internet, also revealed police investigations into the case including the statement of Samreen Sheikh's former husband, Asif Sheikh.

Asif Sheikh had told the law enforcers that his former wife Samreen was involved in forcing the alleged rape victim into prostitution, which became a reason for him to abandon the family.

'Police had concluded that either the children [of Samreen Sheikh] be handed over to their father or to any shelter home,' Jibran read the police report about the case.

Jibran Nisar affirmed that he was trying to secure the welfare of the children and was somehow aware of Samreen Sheikh during the initial stage, however, as allegations were being leveled allegations against him, he had to continue pursuing the case but away from the public eye.

The activist also presented multiple videos of the Sheikh family and confirmed that he was not involved in character assassination of anyone and was merely seeking justice to be meted out.

Confirming that Samreen Sheikh - who was grilled by police for 5 FIRs registered against her and was arrested on July 1 - was behind bars and Raza Bugti was on bail, Nasir continued that he had secured the future of the children.

The activist shared that Samreen was arrested in the same rape case, however, the rapist Javed was still at large, adding that he was just seeking transparent investigations into the case and arrest of the rapist as well.

Jibran Nisar shared that he was not complaining against the children who misquoted him and issued contradictory statement as they were being treated miserably by their mother.

He also admitted that due to the statement passed onto them by Samreen Sheikh, they might have misinterpreted a few aspects of the case. However, affirmed that the sole motive is to improve the society instead of garnering spotlight.

The activist expressed that the delay in putting forth the facts was due to the fact that the case was sub judice and any sort of commentary could have impaired the investigations.