'India is a police state and Modi is king,' says Rahul Gandhi after brief detention 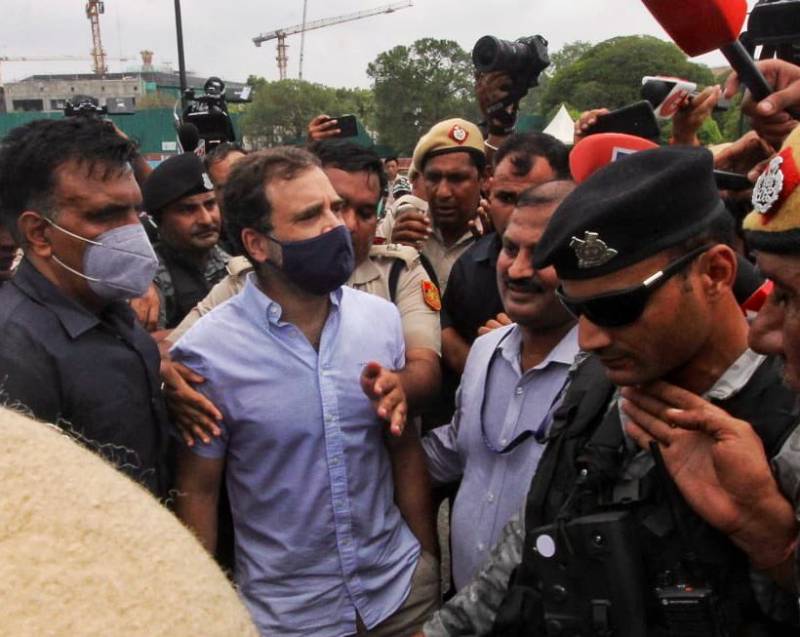 NEW DELHI – Congress leader Rahul Gandhi was arrested along with several lawmakers of his party in the Indian capital as they protested against Indian Prime Minister Narendra Modi’s government.

Taking a jibe at Indian premier Modi, Gandhi said the 'Indian king' ordered the arrest of those raising questions about unemployment, inflation and other issues.

“India is a police state, and Narendra Modi is a king,” he said being being detained by law enforcement personnel.

The Congress leader said that BJP hardliners, including Modi and Amit Shah, were taking on opposition to suppress their voices. However, he said they won’t be scared and the fight would continue.

The 52-year-old politician criticised the ruling dispensation over authoritarian way of governance. Gandhi, the great-grandson of India's first prime minister Nehru, said they were not being allowed to hold discussions inside the parliament.

Earlier, Gandhi and his party MPs staged a protest in front of India’s parliament amid soaring prices and targeting of opposition leaders by probe agencies.

Congress leaders are being grilled by federal investigators over alleged misuse of party funds and investment of those funds in the real estate sector.

NEW DELHI - An Indian politician who posted a picture of Prime Minister Narendra Modi with a begging bowl on Facebook ...

Sonia Gandhi was called for the second time for the probe. She appeared before the investigators last week in the same case.