IS militants kill 146 in Syria's Kobani 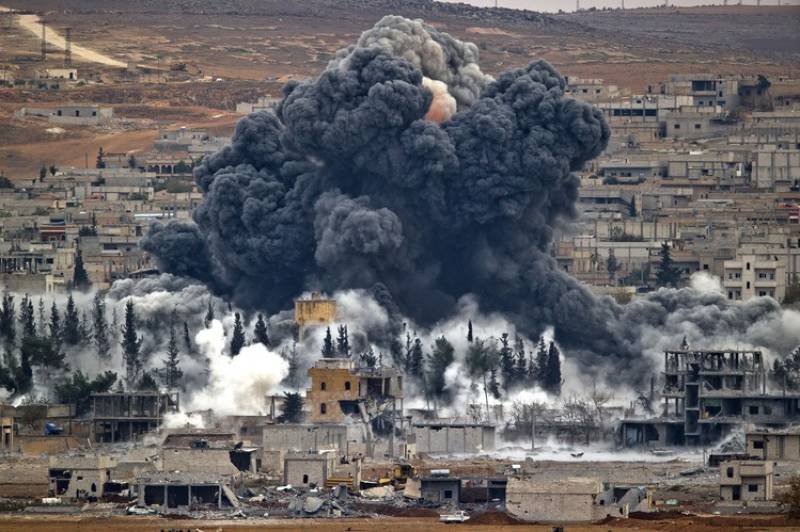 BEIRUT (Web Desk) - An attack by terrorists of Islamic State (ISIS) group on the Syrian town of Kobani and a nearby village has so far killed at least 146 civilians, the second-biggest massacre by the terrorist group in the country, a conflict monitor said on Friday.

The IS militants entered Kobani at the Turkish border on Thursday and clashes have continued with Kurdish YPG forces in the town, also known as Ayn al-Arab, said Rami Abdulrahman, head of the Britain-based Syrian Observatory for Human Rights.

Abdulrahman, who tracks the conflict using sources on the ground, said it was the biggest single massacre of civilians by Islamic State since the killing of hundreds of members of the Sheitaat tribe in eastern Syria last year.