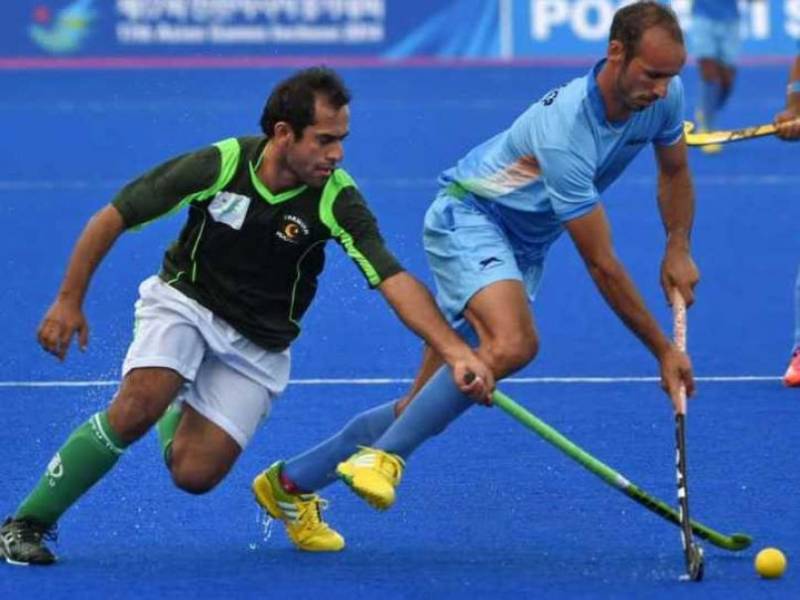 BRUSSELS (Web Desk) - A crucial hockey match of World Hockey League between Pakistan and India ended in draw 2-2 at Antwerp stadium in Belgium.

Although, Pakistan have qualified for the quarter final of the League, they have to win it for qualifying for the Olympics.

India took the lead through Ramandeep Singh in the first half but a double strike from captain Muhammad Imran in the second half saw Pakistan go ahead.

However, just 2 minutes later, Ramandeep Singh made the goal in the third quarter bringing the game at 2-2.

Both Pakistan and India could not make any goal in the last quarter and the match ended in draw with 2-2.