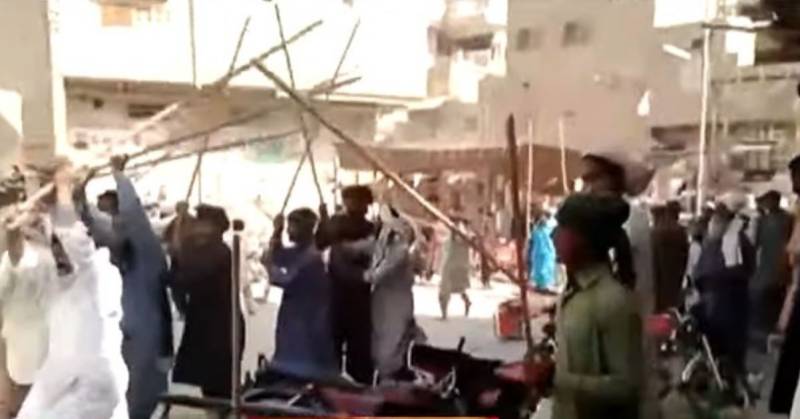 Several clashes broke out between political parties at polling stations leading to deaths, and injuries as violent events were witnessed during the first phase of local government elections in Sindh.

Two people, including the brother of a PTI candidate, died in poll-related violence while at least a dozen others were injured. Political rivals clashed over election proceedings at a polling station in Rohri.

The polling process ended at 5 pm while counting is underway in the 14 districts of four divisions of the country’s southeastern region.

Reports in local media said the voting process was earlier halted amid reports of rigging, rioting, disappearances of polling booths, and incarceration of polling staff in different districts.

Amid the violent events, the Election Commission of Pakistan has postponed elections in some areas over technical issues including Ghotki district’s Mirpur Mathelo after wrong names of candidates were printed on ballot papers.

The local body polls in Sindh are being held after a gap of six years. Several opposition parties in the province had opposed holding the polls, raising objections to delimitations and claiming that electoral rolls were incomplete.

The Election Commission of Pakistan (ECP) has established 9,023 polling stations, including 1,895 for women, to facilitate over 11 million registered voters.

CCTV cameras have been installed at the most sensitive polling stations.

According to a spokesperson for ECP, Chief Election Commissioner Sikandar Sultan Raja is monitoring the polling process in the province.

Meanwhile, monitoring cells have been established in Islamabad and at the office of the Sindh election commissioner to ensure transparent elections, the spokesperson added.