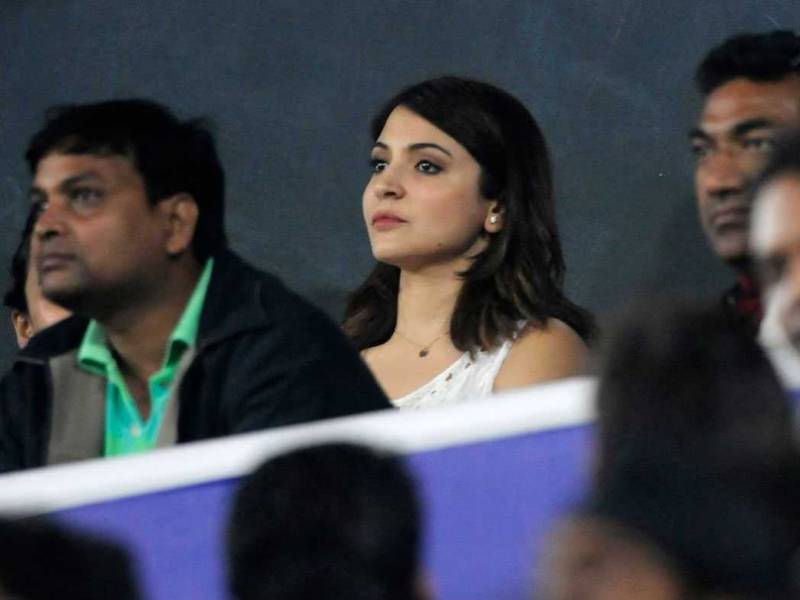 SYDNEY (Web Desk) - When Indian vice captain Virat Kohli went out to bat against Australia in the World Cup semi finals, all eyes were on him. But he could not live up to the expectations and got out cheaply at 1.

On the other hand, his bollywood’s girlfriend Anushka Sharma, who was among the spectators at the Sydney Cricket Ground, became the target of twitterati.

Here are a few tweets.

#Anushka Sharma went all the way to Sydney to see Virat Kohli hit one run. why you came to sydney idiot! #IndvsAus #CWC15 #