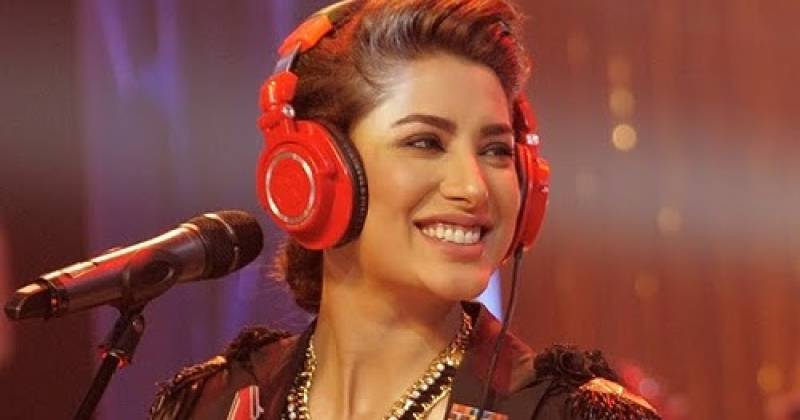 KARACHI - Famed Pakistani film and TV actress Mehwish Hayat, after receiving the prestigious Tamgha-e-Imtiaz has come forth expressing her sentiments, on her achievement, in an emotional post that she uploaded yesterday.

KARACHI - Ever since the news was disclosed that actress Mehwish Hayat will be honoured with Tamgah-i-Imtiaz, the topic ...

The Load Wedding  star has dedicated her award to all the girls who dream big, Sharing her inner thoughts and happiness, Hayat wrote on Instagram: “An eight-year-old girl went to the PTV studios holding her mother’s hand tightly. She was totally clueless about all the hustle and bustle going on around her. But she was equally fascinated by the lights, the cameras and the way in which everybody was hard at work including her mother who was an actress.”

LAHORE -  The government of Pakistan has released a list of people to be awarded civil awards this year on March 23, ...

Hayat had thanked her family, fellows, fans and followers on her social media handles but along that on Tuesday (today), Mehwish had penned down an elaborated note for all the haters and especially those who are criticizing the star on receiving the civil award.

Mehawish Hayat wrote that "Though I didn’t want to, I feel that I must address the nonsense that some people are spewing about my award. Debate all you like whether you think I deserve it or not - we live in a democracy and everyone is entitled to their opinions. I respect that. However, I do draw the line when my character is being questioned in the most filthy way. I never wanted to make this a gender thing but it is unfortunate that others seem to be. I’ve been called a tawaif, a slut, a whore and so many other fanciful names so often that it has stopped affecting me. However, to suggest that I slept my way to this award is an abhorrent slur on all the hard-working women in our country. We may be part of an industry that is seen to be glamorous - but it doesn’t mean that we have forsaken our morals. What gives anybody the right to drag my name into the gutter with crude insinuations. You don’t know me! Thank you to all the supporters and also to all the haters, the last couple of weeks have been quite an eye-opener for me. Mehwish Hayat, Tamgha-e-Imtiaz"

It all started when the star had faced an excess of backlash on social media after the news of her getting a civil award was being surfaced by the media. Many questioned whether she was deserving of such an esteemed honour or not – which is fine; to each their own. The problem was that most of them reduced all her career achievements to an item number she did once.

LAHORE-On Monday, the government of Pakistan unveiled the list of 127 citizens who will be honoured with civil awards ...

On a lighter note, Why can't we share happiness with others? As we all grow by appreciating one another. Aren't we getting mean and hurting others by giving harsh statements so bluntly?

Share your thoughts with us in the comments section below.