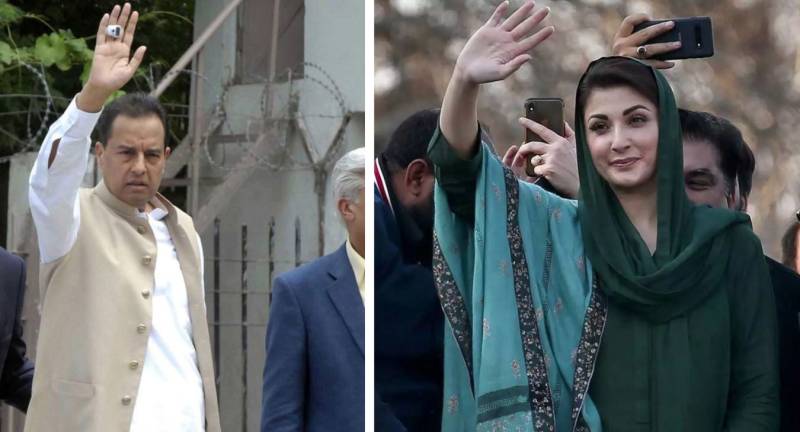 LAHORE – Pakistan Muslim League-Nawaz leader Captain (retd) Safdar on Thursday revealed that former president Asif Zardari is the president of the 'Damaad union' while he is the general-secretary.

Safdar’s wife and party vice president while speaking with press reporters also reacted to the hilarious statement about Damaad Union.

When the reporter told Maryam about his husband's statement, the 47-year-old PML-N leader laughed out loud first and then responded in a light-hearted manner. ‘If there any party exists like this, then he should register in the Election Commission of Pakistan (ECP) so that people could know about It, she replied.

Earlier, Captain (retd) Safdar while speaking with the media said I respect former President Zardari because he is the chairman of our damaad union. Adding that Bilawal Zardari is like my younger brother.