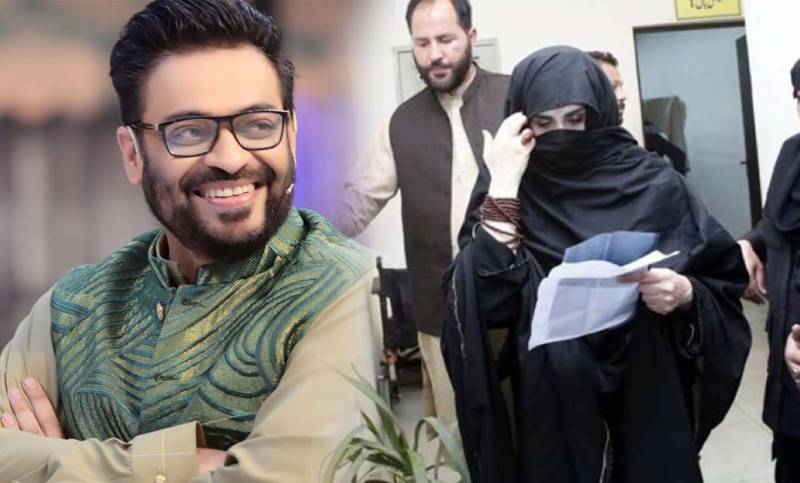 Days after he met Prime Minister Imran Khan in the capital, Liaquat, known for outspoken views on social issues, took to microblogging platform and shared a cryptic post. He mentioned that wife of premier Imran Khan has been particularly vocal in his criticism. However, the controversial televangelist did not mention the reason for his latest revelation.

Aamir continued saying that despite all criticism, he vouched for Bushra Bibi. He mentioned his farewell with the ruling PTI, saying he had already talked about quitting.

The scandalous politician then praised his tolerance level, saying he is aware that nobody will repent his exit from the party.

Earlier this week, Aamir called on Prime Minister Imran Khan after the the Pakistan Day parade in the capital. He also introduced his third wife Dania Shah in a much-desired meeting.

Liaquat previously stirred many controversies including his statement about Altaf Hussain. He announced his allegiance to the founder of Muttahida Qaumi Movement (MQM), saying Imran is my PM but Altaf Hussain is my Quaid.