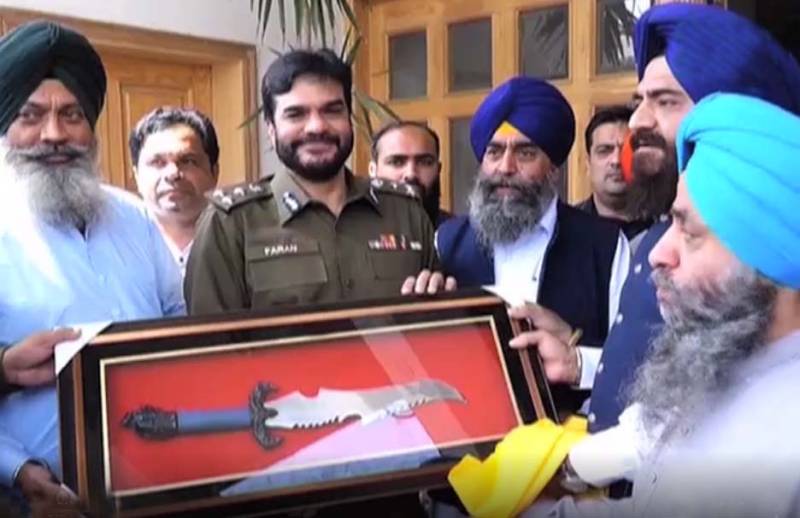 ISLAMABAD – Sikhs in the country’s most populous region Punjab has hailed local cops and awarded them a ceremonial Kirpan for apprehending three members of a gang involved in an armed robbery.

Reports in local media said Jaswant Singh, a Sikh resident of Nankana Sahib, felicitated the law-enforcerment officials and presented them with a ceremonial dagger which they used to keep in pursuit of religious practice.

The robbery was reported last month when bandits looted cash and jewelry worth more than Rs8 million from Jaswant’s residence.

Delighted Singh praised the cops, saying such incident never happened before while he also felicitated local cops along with top officials including RPO, DPO on behalf of the local Sikh community.

Meanwhile, cops are using information from detained members to nab the other two robbers of the Kaali gang.

Imran Ashraf gets into his 'Bhola' character for Pakistani cops