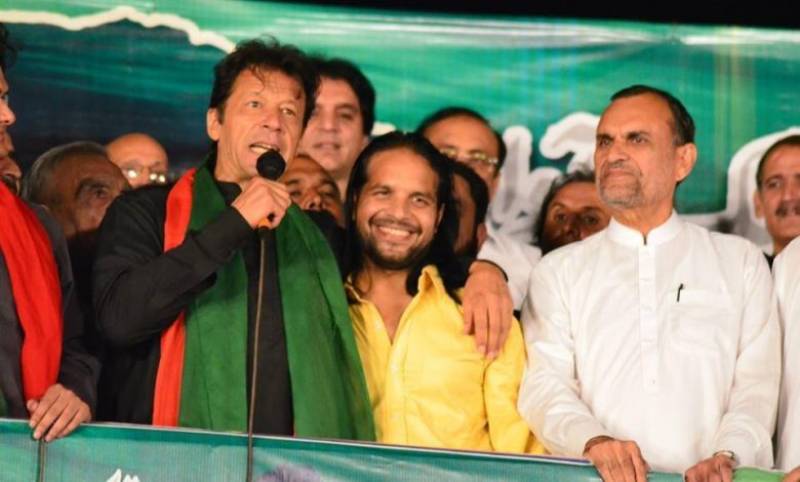 ISLAMABAD – Pakistan Tehreek-e-Insaf (PTI) preparations were in full swing for the March 27 power show and now DJ Butt, the person who rose to fame by playing music at Imran Khan sit-ins, has been hired by the ruling party to entertain participants on the ‘big day’.

PTI regional president Ali Nawaz Awan shared the development saying the celebrated sound provider Asif Nazar Butt aka DJ Butt will be in action on Sunday as a number of people will be in the power show themed under Amar bil Maroof at Parade Ground Islamabad.

Butt remained in some controversies and legal issues as Punjab Revenue Authority earlier issued a tax notice of millions to Butt for not registering himself and non-payment of sales tax.

Lahore cops also detained him for possession of illegal weapons while some reports claimed that the arrest was made as Butt committed to offer services for Khan's opposition.

LAHORE – Soon after his release on bail Thursday, DJ Butt appeared in a video and criticised Prime Minister Imran ...

Meanwhile, all arrangements have been finalised for tomorrow's public meeting which is being dubbed as ‘referendum in favour of Prime Minister Imran Khan’ and his independent foreign policy by party members.

Information Minister Fawad Chaudhry also made big claims about the rally saying tens of thousands of PTI supporters were already on the way to the capital.

ISLAMABAD – The Pakistan Muslim League-Nawaz (PML-N) is all set to launch its long march today (Saturday) against ...

As PTI aimed to gather more than one million people, PDM-led opposition parties have also started their marches on capital to counter the PTI rally. PML-N workers left Lahore while JUI activists kickstarted a rally from Dera Ismail Khan.