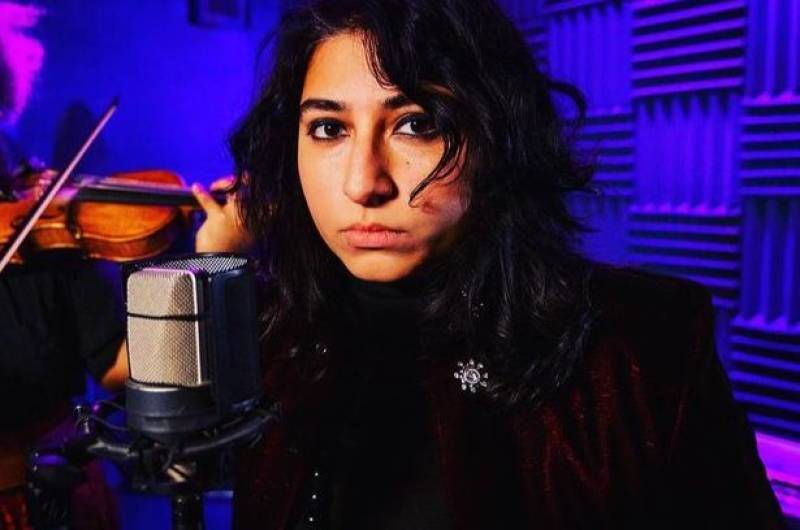 Pakistani-American singer Arooj Aftab has added another jewel to her crown as the two-time Grammy nominee becomes the first Pakistani artist to be featured on Times Square Billboard as Spotify’s Ambassador for 'EQUAL Pakistan'.

Making the nation proud, Aftab is representing female creators of Pakistan at a global level. She has become a household name with her singing skills.

The Mohabbat singer is being featured as the platform's 'EQUAL Artist of the Month' on the digital billboard ad in New York as a part of a global campaign.

"I am extremely excited to be the first Ambassador of EQUAL Pakistan because this kind of well-structured program will help uplift women in the audio industry of Pakistan." said the singer.

Taking to Instagram, Arooj penned a heartwarming note to celebrate her achievement which read, "All day, only today, on rotation, at every New Yorkers favorite hang, Times Square. Thank you @spotify @spotifypakistan this is definitely epic",

Moreover, Aftab has been nominated for a Grammy in the Best New Artist and Best Global Performance category. Her work is being appreciated and she is elated about her music being recognised.

The 37-year-old vocalist is globally known for her unique singing style. Earlier, she was also featured in former US president, Barack Obama's playlist of music he enjoyed listening to during the summer of 2021.