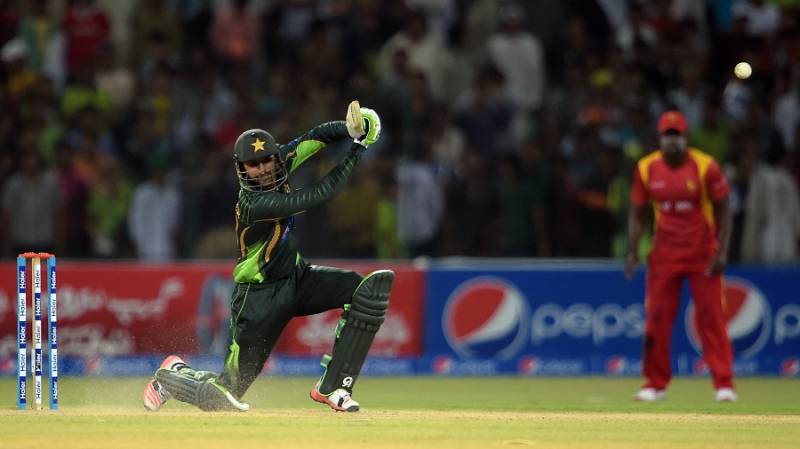 Pakistan scored 375 runs for the loss of 3 wickets in a rare display of brilliant batting and later restricted the visitors on 334/5 in full 50 overs.

The one-day international was the first to be played on home soil in six years.

Shoaib Malik, playing his first one-day after two years, notched a 76-ball 112 with 12 fours and two sixes after Pakistan won the toss and opted to bat on a flat pitch.

He was given "man of the match" award for his brilliant batting display.

Malik built on a confident 170-run opening stand between Mohammad Hafeez (86) and skipper Azhar Ali (79) as Pakistan improved on their previous best total against Zimbabwe of 349 at Jamaica in 2007.

His first hundred in 31 innings and since September 2009 came off 70 balls as Pakistan added 112 in the last ten overs.

Malik, 33, was dismissed off the last delivery, caught in the covers off Tinashe Panyangara.

He had been part of a 201-run stand with Haris Sohail (89 not out), a new record for the third wicket against Zimbabwe beating the 145 runs which Javed Miandad and Amir Sohail put on at Hobart in 1992.

Pakistan won the T20 series 2-0 Sunday in front of a packed audience of 27,000 at Gaddafi stadium, but will be far from happy over the manner of both wins which saw them nearly snatch defeat from the jaws of victory.