On my death bed, I don’t want to be scared to face my Lord”, she added. 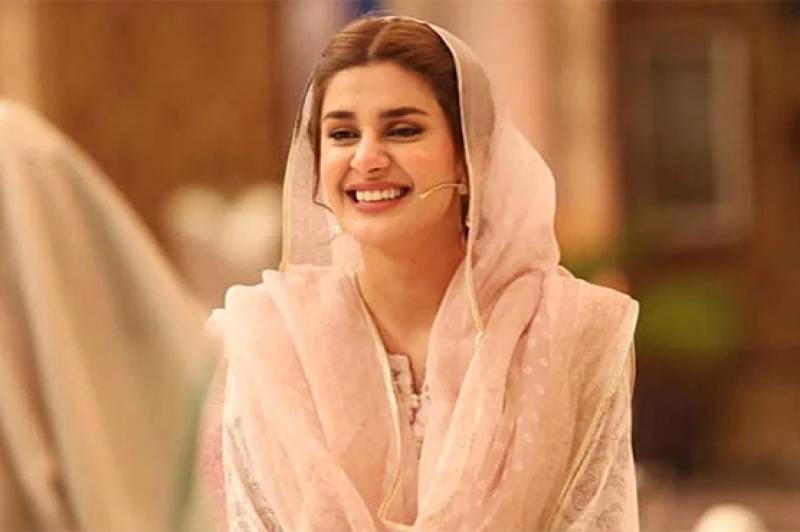 LAHORE - Pakistani actor Kubra Khan has recently revealed that she will not be in the industry for the long run. While talking about her spiritual journey in an interview with BBC Asian Network, she said that her life has changed over the years. “Everyone goes through this at some point in their life when they reach that pivotal point. And everything just kind of turns 180 degrees and I think I went through that in the last year,” she said.

Khan shared how she’s come face-to-face with a few realities of life after going through a spiritual awakening over the previous year. “I think I had this spiritual awakening where money and materialistic things and success and fame and all of that–of course, it’s part of our world–but at the same time I think finding that spiritual side in me, I kind of realized ‘yeah, all of that is great, but I can’t take it with me. On my deathbed, I don’t want to be scared of facing my Lord,” said Khan.

She said that her quick success and fame put her in a position where she wasn’t very happy with the person she was becoming.  “When you get something so quickly and people are calling your name you just start believing you are something you are not,” said Khan. “At the end of the day, if I can look at myself in the mirror and be okay with what I am today, that’s the main thing.”

Khan maintained that she is satisfied with the kind of a person she is, and where she is in life. She added that she tried to become a better person, but is more relaxed now than before.

“Maybe for a short period of time, I wanted my dramas to do better than others but that’s a normal thing to feel. At the same time though, I think when I took that backseat I realised I am not in competition with anybody,” said Khan. “Obviously I am still trying my hardest to become a better person every day but I am more content and more at peace today than I ever was before.”

Khan called her on-air drama Alif a Godsend and revealed that before she came across Alif’s script, she was in a very dark place. She was asking herself if she even wanted to be in the industry. However, she fell in love with the script and her character in it.

When asked about the future, she admitted that she was in the industry for as long as it took to “make enough money to move on” to bigger ambitions.

The actor said that she still wears sleeveless tops, sings and dances, and as long as her intention is right, she believes the karma will be good. She also said that if she can balance things out, she will continue to work, but if not, she will move on.

Khan is the second celebrity who has announced that they’re considering giving up acting for a more spiritual path in life.

Earlier, Hamza Ali Abbasi also announced that he would be leaving the industry as he wants to walk on the religious path. He did make it clear that he was not implying that acting or films are against Islam but that he wanted to spend more time on other, more religious, endeavours.