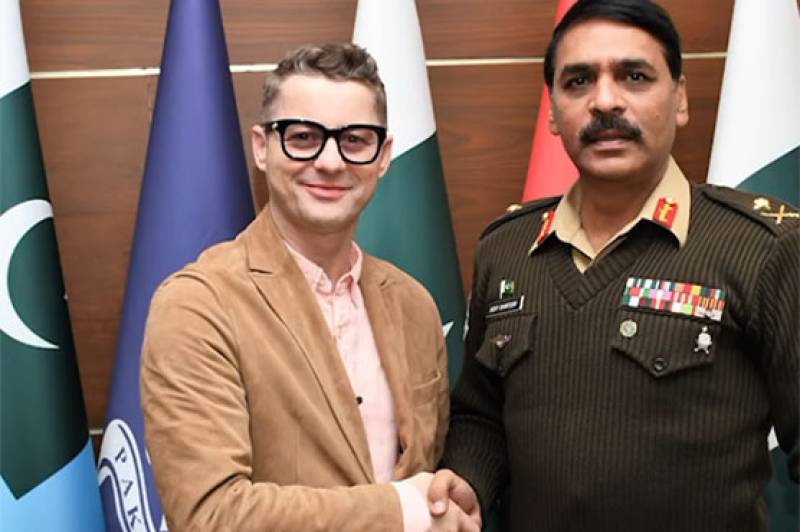 The member of Akcent band took it to Twitter and expressed his happiness saying that “I am so happy that I had the chance to travel all way from Bucharest, Romania to Pakistan, and meet the General Asif Ghafoor and ISPR, and also discover once again… Pakistani tea is the fantastic tea”.

Adrian Sina of Akcent took to Facebook and posted a picture expressing: “Happy Defence Day Pakistan and Tea was fantastic”, which triggered many Indians and made Pakistanis blossom over the witty wish by the renowned pop band.

Akcent is mostly known for its utterly famous hits like “That’s My Name”, “Love Stoned”, “Stay With Me”, “My Passion” and many others while Akcent has also performed concerts in Pakistan numerous times.

LAHORE - Indian pilot Abhinandan has admitted that he was locating a target in Pakistan when Pakistan Air Force ...

The post has outraged Indian users, being perceived as a way to mock Abhinandan who was captured by the Pakistan Army and subsequently filmed making similar comments about his cup of tea after being shot down in a dog fight on February 27.

KARACHI - Post Pulwama incident the tensions between Pakistan and India kept on arising with every day passing by. ...

While Pakistan was calmly and nicely inquiring IAF pilot, Abhinandan was asked if he liked the tea in Pakistan, to which he replied, "Tea is fantastic".