PTI will resign from all assemblies, announces Imran Khan 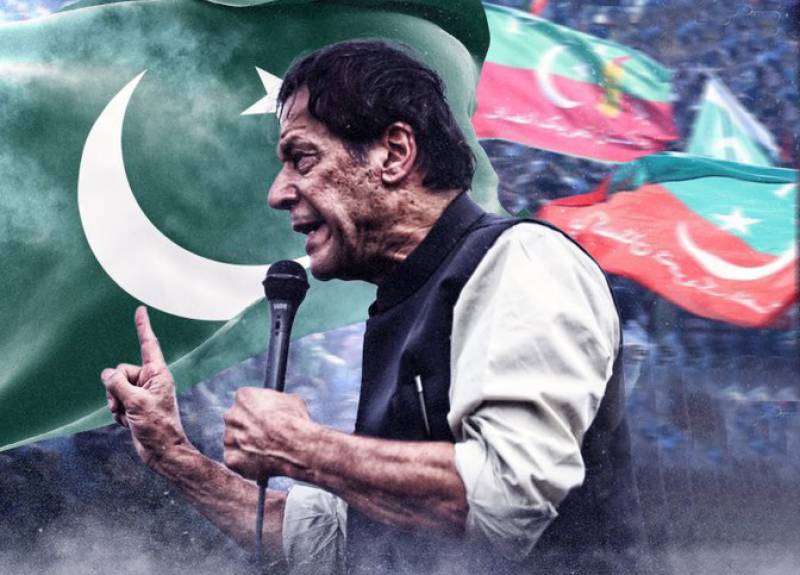 RAWALPINDI – Ousted prime minister Imran Khan said on Saturday the PTI will resign from all assemblies and he will announce the date for resignations later after consultations with his party leaders.

Addressing his supporters at the PTI’s long march in Rawalpindi, Khan said his party would not remain part of the current parliamentary system anymore.

Without naming anyone, Khan said the history would remember the man who accumulated huge assets and trampled people’s fundamental rights under his feet. He said his life was in danger but he was not going anywhere; he would live and die in Pakistan.

The PTI chief said all those calling the US cypher fake were part of the regime change conspiracy. Responding to outgoing Army Chief General Bajwa’s statement that Khan built a fake narrative and now he was trying to get rid of his own narrative, Khan asked without naming Gen Bajwa that why the National Security Council asked the government to send the US a demarche over the cypher if it was fake. He asked those challenging his cypher narrative to deny what the US Undersecretary of State Donald Lu said to Pakistani Ambassador Asad Majeed.

Khan said his government was running smoothly when it was removed under the regime change conspiracy and a gang of plunderers was imposed on the country. He said the incumbent government suspended the fundamental rights of people and subjected them to the worst kind of torture. He said that “Dirty Harry” was posted in Islamabad on purpose and he unleashed a fresh wave of terror in the federal capital. He said that media persons were tortured and forced to flee the country. Senior journalist Arshad Sharif was murdered and PTI leaders Shahbaz Gill and Azam Swati were picked and tortured.

Earleir, the former prime minister reached Rawalpindi through a chartered plane that landed at the Nur Khan Air base.

The Sharif-led government restricted Imran Khan to land via helicopter after which the defiant politician decided to reach Rawalpindi on a private plane.

The populist leader is reportedly accompanied by a team of his physicians and his nephew Ahmed Khan Niazi.

Pakistan Tehreek-e-Insaf (PTI) leaders, and activists are heading to Rawalpindi for the final showdown of Azadi march, in another bid to pressurise the ruling alliance for early elections.

Khan will join marchers in Rawalpindi where he will address a public meeting at Murree Road. PTI chief will appear before the party activists for the first time since he was injured in a gun attack during the long march in Wazirabad earlier this month.

Interior Ministry has warned of security threats as thousand flocked to Rawalpindi on the former prime minister’s call.

Meanwhile, the Rawalpindi administration has beefed up security arrangements for PTI public meeting and over 8,000 cops have been deployed for security.

Capital police have further issued a traffic plan for the city. A diversion has been formed at Faizabad for those travelling from Islamabad to Rawalpindi via Murree Road.

Residents of twin cities can use Old Airport Road and Stadium Road to enter Islamabad. Express Chowk and Nadra Chowk are closed for entry into the Red Zone and alternative routes of Margalla Road, Ayub Chowk and Serena Chowk could be used for commuting.