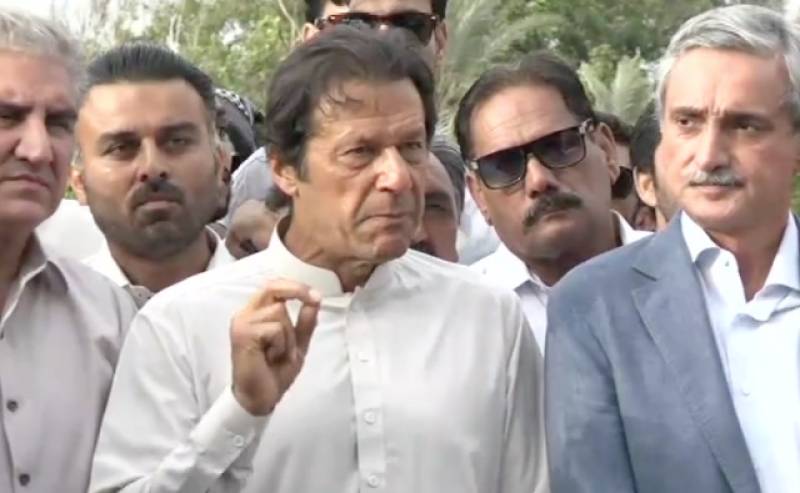 Speaking to reporters on Tuesday, the cricketer-turned-politician said that since India was aware it could not defeat a nuclear-armed state militarily, therefore, it was trying to "implode" Pakistan under a new "doctrine", Dawn reported.

“It is strange that whenever we start doing something, something major happens in the country,” Mr Khan said, apparently referring to the terrorist attack on a police training centre in Quetta the previous night.

In a rather ambiguous statement the PTI chief further said “It is apparent that India is [trying to] implode Pakistan. Under [this] doctrine, it wants to create chaos in Pakistan and wants the ongoing reform movement against corruption in the country to fail,” he said.

When asked if he intended to say that the government was behind the terrorist attack in Quetta, Mr Khan stopped short. “But history shows that this always happens,” he said in the same breath, adding that the Quetta attack could be a part of the Indian doctrine of chaos in Pakistan.