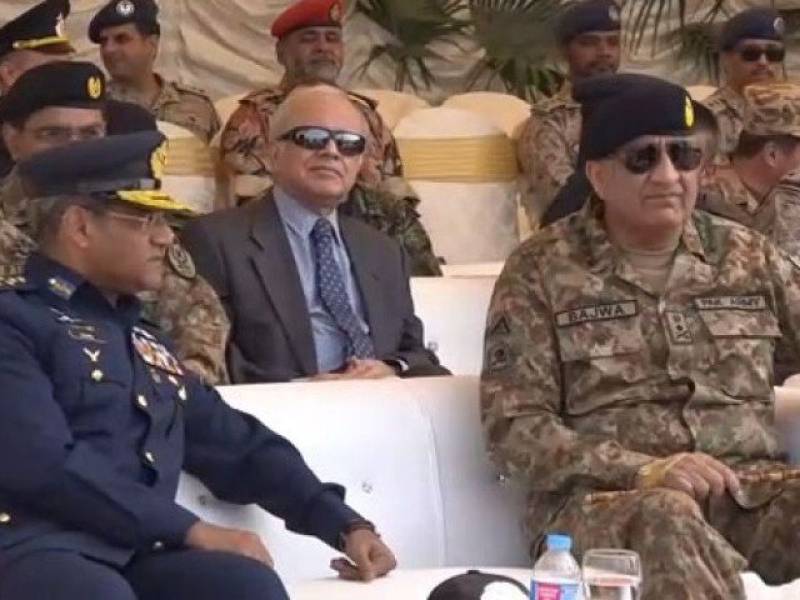 The Army Chief was briefed on ACE training facility and the scope of exercise, which is aimed at projecting mutual cooperation between the air forces and consolidate upon modern concepts, especially in the domain of counter-terrorism operations.

The COAS thanked PAF for the opportunity to see the exercise and acknowledged PAF contributions and support in the fight against terrorism. He hailed operational readiness and professional expertise of the PAF.

Addressing the occasion, Air Chief Marshal Sohail Aman said that the existing global security scenario coupled with changing dynamics of warfare calls up for enhanced partnership among nations and their armed forces.

He said that the establishment of PAF ACE was a strategic initiative for developing a unique institution to share with friendly air forces the rare experiences PAF had gained in counter-terrorism operations.

He said that air operations had to remain in sync with the surface operation to make a decisive gain on the ground.

Earlier, upon arrival at the base, the COAS was received by the Chief of Air Staff. Chief of Naval Staff Admiral Zafar Abbasi, defence attaches of various countries and other senior officers from three services were present on the occasion.