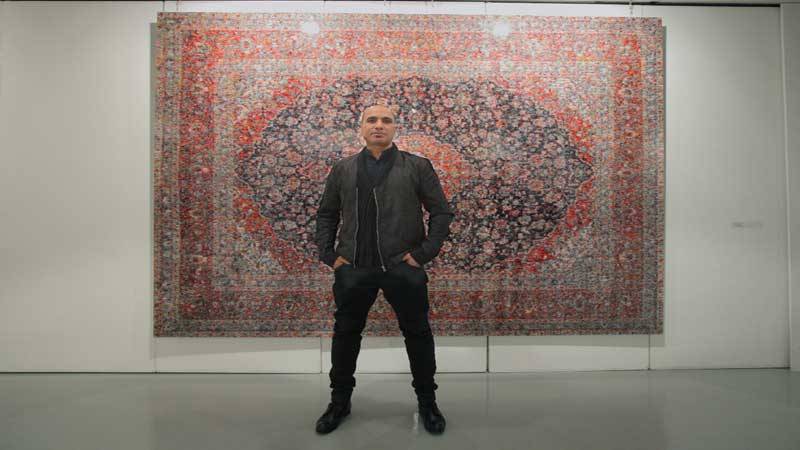 Rana cast a spell through his work displayed in London and even surpassed Sadequain’s untitled work which was sold for Rs 12 million (75,000 pound sterling).

Rashid Rana is considered to be one of the most important artists of his generation from South Asia; his works have been sold at high prices including ‘Red Carpet 1’ which was auctioned at Sotheby’s New York for a jaw-dropping price of 623,000 USD.

He was awarded the Asia Art Award by Asia Society; Rashid Rana is a founding faculty and the current dean of the School of Visual arts and Design at Beaconhouse National University.