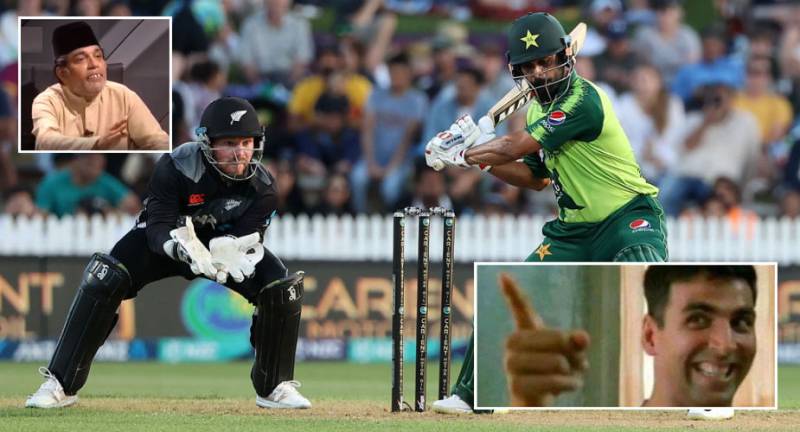 DUBAI – Microblogging site is all flooded with rib-tickling memes ahead of the highly anticipated game against Kiwis, who called off their historic tour minutes before the first match last month.

Pakistani squad thumped India by 10 wickets in the teams’ opening Super 12 match while the cricket-loving nation is still not over epic win against arch-rival, as they are excitedly waiting for today’s game to take revenge from Kiwis.

New Zealand skipper Kane Williamson hopes Men in Green will not hold any grudges after the abandonment of the tour as there are a lot of good relations within the two teams however PCB chairman Rameez Raja told players to channel their anger at the tournament.

Raja said Pakistan's first target was India; and, New Zealand and England are also on target.

Meanwhile, social media users are sharing interesting memes ahead of today's fixture on Facebook and Instagram. Check some of the reactions here: