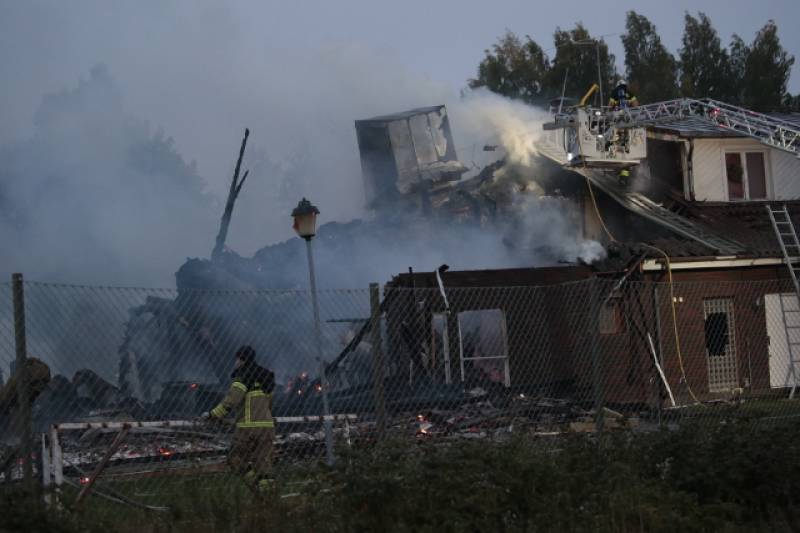 OREBRO - Swedish police have arrested a man suspected of starting a fire that destroyed parts of a mosque in the central city of Örebro.

The blaze in the Vivalla district mosque began around 2am Tuesday, with early reports suggesting it may have been started deliberately.

Swedish newspaper Expressen quotes the Örebro Moske caretaker, Hassan Mountagui, as saying he witnessed a masked intruder in the building prior to the blaze.

Meanwhile, Aftonbladet report that the mosque has been the subject of threats in the past.

It’s not thought that anyone was injured in the fire.

Örebro police confirmed at a press conference that one man had been arrested in connection with the fire.

The Sunni mosque’s location is regarded as a “vulnerable area” by Swedish police, characterized by socioeconomic problems and higher incidences of criminality.

Owners of the mosque, which is located on the northern outskirts of Örebro, confirmed that “large parts” of the building were gutted by the fire.

Pictures from the scene appear to show how almost one half of the mosque was reduced to smoldering rubble.

“We thank god that no people have come to harm,” a statement on the Örebro Moské Facebook page read.

“This is a great trial for us. We call on our members to be patient.”

Örebro Moské was built by the city’s Islamic Cultural Center in 2007.