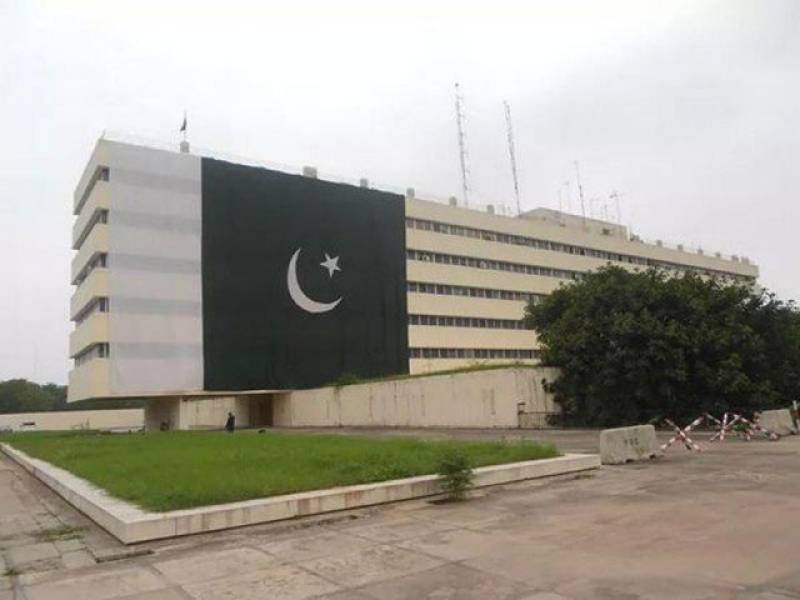 ISLAMABAD - The Ministry of Informa­tion took back its summary regarding the shifting of the Islamabad headquarters of the Pakistan Broad­casting Corporation (PBC) and giving out its existing premises on a long-term lease, in response to the massive protests staged by the officials.

A letter forwarded by the Information Ministry to the PBC director general announcing the plans to shift the headquarters was taken back after Radio Pakistan staffers protested against the plans and later held a meeting with Minister for Information and Broadcasting, Fawad Chaudhry.

A notification issued by the PBC today said: "This section's letter of even number dated 19.09.2018 on the [shifting of Radio Pakistan headquarters], may please be treated as withdrawn." 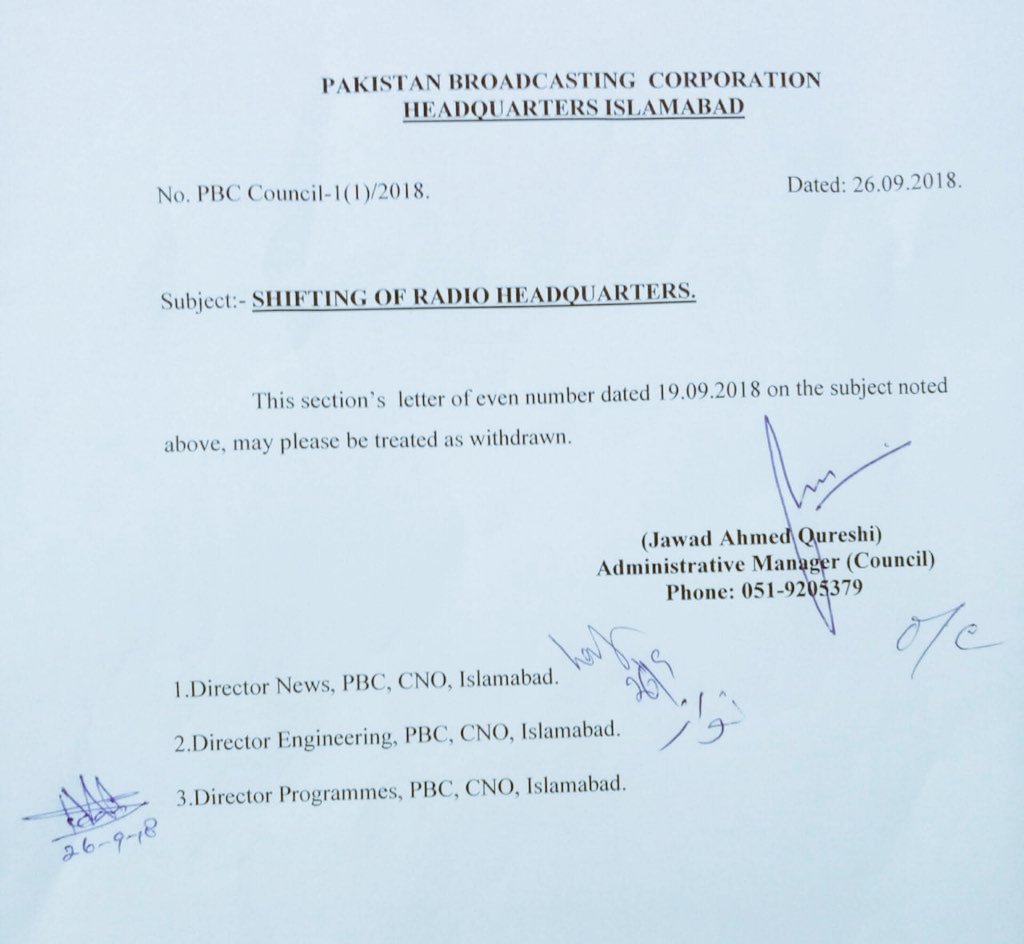 During the meeting, the minister agreed to withdraw the letter regarding the proposal but asked PBC employees to come up with a plan for boosting the revenue of Radio Pakistan.

The letter from the Ministry of Information, signed by the director of the minister’s office Danyal Gilani, was received by Radio Pakistan last week which sent shock waves across the officials, who took to streets in the capital and asked the government to shelve the plan.

The letter to the PBC DG stated that the minister for information and broadcasting had directed for a proposal to be prepared to lease the Radio Pakistan headquarters on a long-term basis and move PBC Headquarters to the PBC Academy in H-9.

Chaudhry had backed the proposal, asking why Radio Pakistan needed a large building when FM radio stations were being operated from small houses.

The Radio Pakistan building is located in the Red Zone, an upscale neighbourhood in Islamabad which houses the Prime Minister’s Office as well.