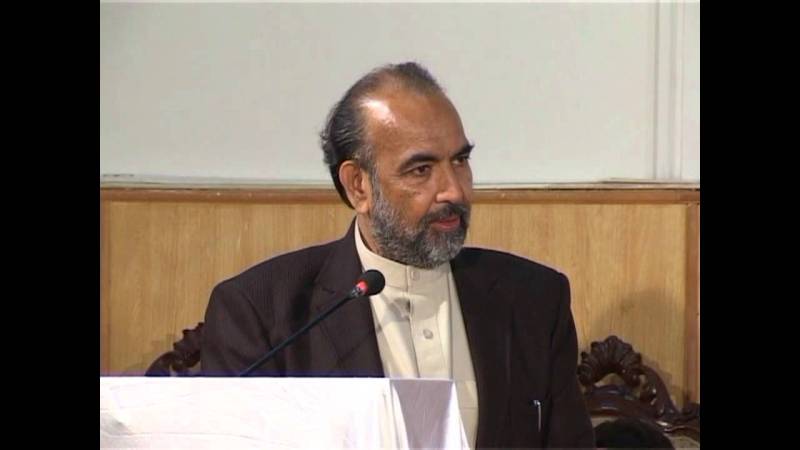 ISLAMABAD - Chairman of the Council of Islamic Ideology (CII) Dr Qibla Ayaz said on Wednesday that the authority supports the decision of deeming triple talaq in one sitting as punishable.

Dr Ayaz while addressing media after a CII session said that saying three times ‘divorce’ at the same time was punishable act and penalty regarding this would be discussed with religious scholars.

The council also decided that to remedy the prevalent divorce rate and other such issues, a consolidated form for divorce will be prepared which will include punitive measures for cases in which divorce is declared three times in one sitting, he said.

Members of the council during the meeting observed that in such situations, women and children are adversely affected, especially with regard to their emotional health and future education.

He further said the CII discourages marriages of minors. Dr Ayaz said that the council considers children below the age of 16 as under-aged.

NEW DELHI - On the first day of the Winter Session of Parliament, the Indian government cleared a bill that makes ...

The council has urged the government to start an awareness drive with the assistance of religious scholars to discourage people from supporting underage marriages. It was also recommended that educational institutes carry out similar drives to raise awareness regarding the matter.

On November 3, Dr Qibla Ayaz was appointed the chairman of the Council of Islamic Ideology (CII), Pakistan’s top Islamic advisory body, for a period of three years. He replaced Maulana Muhammad Khan Sherani, a politician from the Jamiat Ulema-e-Islam-Fazl, who headed the Council for six years.

The CII was first set up in 1962, during the term of Gen Ayub Khan. Its mandate was and is to assist the government in Islamising the laws.

The triple Talaq practice has been banned by Indian Supreme Court also. Ruling on the cases, the majority of the bench was of the view that triple talaq “is not integral to religious practice and violates constitutional morality”.

The Indian government also cleared a bill that makes instant triple talaq or talaq-e-biddat a crime and provides for a jail term.