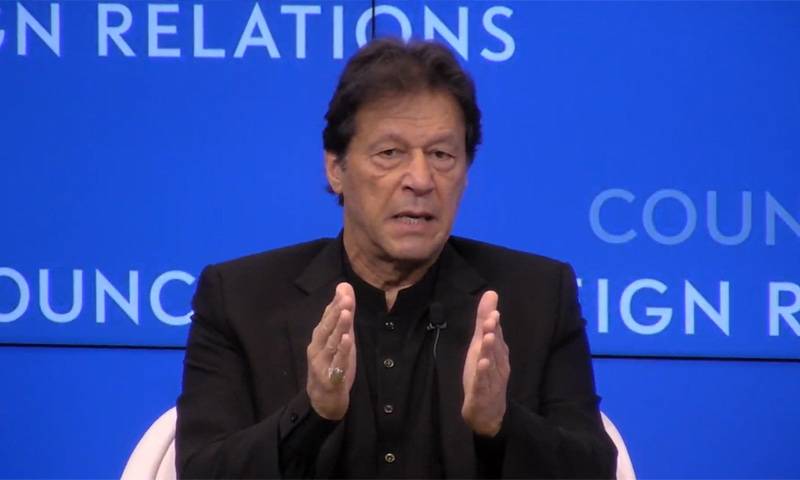 NEW YORK - Prime Minister Imran Khan said Pakistan wanted to lift its people out of poverty and focus on building a peaceful neighbourhood but the RSS-backed Modi government is following an agenda rooted in racial supremacy.

Talking to the editorial board of Wall Street Journal in New York, he said racism is often rooted in arrogance and arrogance can lead people to make huge blunders, that’s what Modi has done in occupied Kashmir.

Imran Khan said India’s repressive and illegal actions in occupied Kashmir would not only have repercussions for the region but for the entire Muslim world. The world doesn’t realise that we are heading for a big disaster.

About Afghan peace talks, the prime minister said the world should not fear that a peace deal in Afghanistan would take us back to 2001.  Peace is the most important goal and we should all pursue it.

He called for the resumption of Afghan peace talks between the United States (US) and the Taliban, the Radio Pakistan reported.

Earlier, talking to the editorial board of US newspaper New York Times, Prime Minister Imran Khan said there is a danger of bloodbath in the Indian Occupied Kashmir and the world must act to avert that.