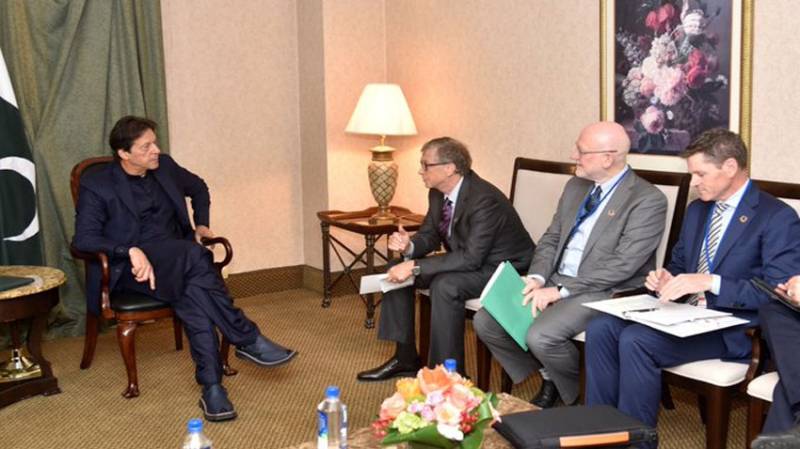 NEW YORK - Bill and Melinda Gates Foundation will provide Pakistan with an amount of 200 million dollars for ‘Ehsas Program’ next year.

The meeting in New York was attended by Prime Minister Imran Khan, Chairperson ‘Ehsas Program’ Dr Sania Nishtar and Bill Gates, where a Memorandum of understanding was signed by both parties.

According to the agreement, the amount will be spent on 134 poverty alleviation projects.

Speaking on the occasion, the Prime Minister said that ‘Ehsas Program’ is a big project in the history of Pakistan which will turn the country into a welfare state. He said the poverty alleviation is on the top priority of his government from day one, the Radio Pakistan reported.

He said this program will help to achieve the sustainable development goals set under the United Nations. He also expressed his commitment to complete elimination of polio from the country.