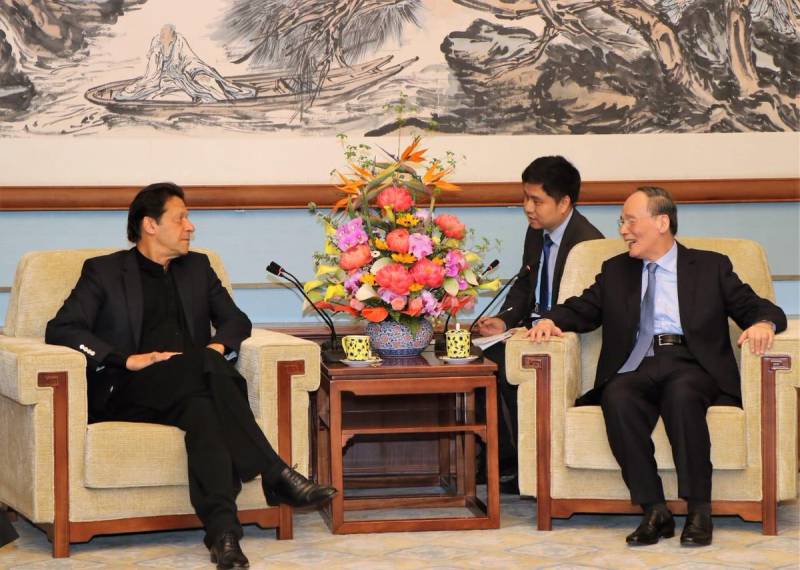 The Chinese Vice President also hosted a banquet for the Pakistani prime minister and the delegation of Pakistan on behalf of President Xi Jinping.

During the meeting both the sides discussed ways to cement ties between the two countries in diverse fields.

The prime minister is on a four-day official visit to China to attend the second Belt and Road Forum.

Earlier in the day, the prime minister stressed the need for further boosting connectivity under the umbrella of Belt and Road Initiative (BRI).

Addressing Leader’s Roundtable Session of 2nd Belt and Road Forum, he said we should also consider digital connectivity, mobility of labour and transfer of skills, cultural links and knowledge and innovation connectivity to further expand the scope of the BRI.

BEIJING - Prime Minister Imran Khan has stressed the need for further boosting connectivity under the umbrella of Belt ...

Addressing the BRI forum a day earlier, the premier called for joint efforts towards addressing impediments on the way to sustainable growth.

The premier said that BRI offers a model of collaboration, partnership, connectivity and shared prosperity. The presence of so many leaders today is the proof that we choose hope over despair and cooperation over confrontation.