There's a new Eman in town: Meesha Shafi takes a dig at model Iman Ali in her recent tweet 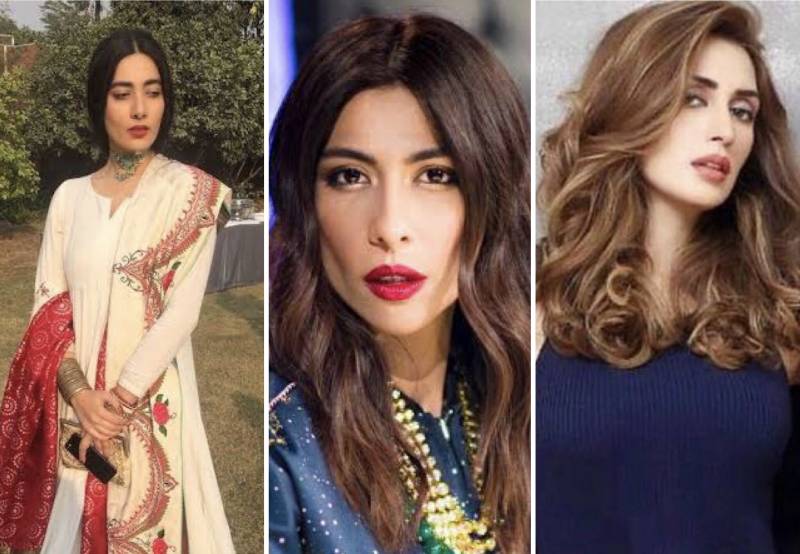 LAHORE- Lux Style Awards 2019 have been embroiled in all sorts of controversies this year. From the unfair nominations to missing out major projects and actors, the jury has come under critique from the audience and celebrities alike.

If that wasn’t enough, model Emaan Suleman brought to light that LSA had also nominated an alleged sexual harasser in their categories and so she would like to withdraw her nomination as a protest. Following suit, brand Generation, Meesha Shafi, Jami Mehmood and Sketches the band all requested their names to be removed from the nominations, with Jami actually disowning his Lux Style Award for Moor as a protest.

However, there here have been few celebrities who defend the LSAs, like model Sadaf Kanwal, designer Muneeb Nawaz and actor Ahmed Ali Butt. Renowned model Iman Ali also spoke up about the LSA debacle and believed that all of it is nothing more than a publicity stunt.

Iman’s statement received significant backlash, with many calling out the model for stigmatizing the #MeToo movement in Pakistan and contributing to a patriarchal society that did not take harassment in a more grave manner. Furthermore, the model was accused of removing comments from under her post that questioned her controversial statements – including model Eman Suleman.

That's not where it ends! Singer Meesha Shafi recently took to Twitter to praise Eman Suleman and might have taken a jibe at Iman Ali in her post.

There’s a new Eman in town. And she’s not just beautiful from the outside. The substance she holds within is absolutely stunning!

So so much better than the last one.

Meesha said “there’s a new Eman in town. And she’s not just beautiful from the outside,” before ending with “so so much better than the last one.”

While we are uncertain about Meesha referring to Iman Ali, the timing of the tweet was't a coincidence and the way in which it was put together does suggest that the virtuoso was in fact, responding to the model’s contentious statements supporting the LSAs.

Seven nominees have dropped out from the LSA race this year and have received immense support. This issue is now too monumental for the industry at large to ignore and we are not sure when this chaos will come to an end.