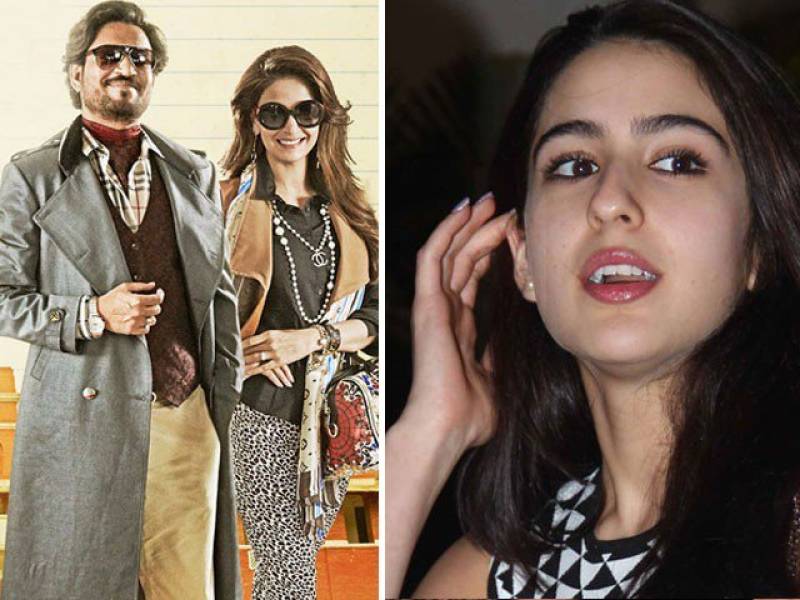 MUMBAI - Bollywood is welcoming many emerging artists including  Sara Ali Khan daughter of Saif Ali Khan and Amrita Singh. The young actress will be making her Bollywood debut alongside none other than Ranveer Singh in Rohit Shetty starrer Simba.

According to some reports, it was already being known that Baaghi actor will unlikely be seen in the second installment of the hit movie and now another rumor is there that Sara has withdrawn her role from the blockbuster's part 2.

The director of the future venture Nitin Kakkar had approached Saif as well to share screen space with his real-life daughter. However, it is now being reported that Sara has quit her participation in the movie due to time schedule issues.

According to a source, “The father-daughter drama was supposed to roll out in March 2019. They were talking about shooting it in London and Mumbai. Though Saif and Sara had not signed the contract, they had agreed verbally. The team was also looking out for an older heroine to play Sara’s mother.”

But now, the project has reportedly been changed. The source further added, “Sara walked out of the film. She has given her dates to another project.” Sara’s actual Bollywood debut project, Kedarnath, has been pushed for an early 2019 release.

The source continued saying “Saif was keen on doing the film only because it had Sara as the leading lady. Although it’s a great script, he, too, is reconsidering the offer".

The producer of Hindi Medium while talking with the media said confirmed that “The script is ready and we are starting pre-production of the film. Hindi Medium was my first award as a producer. People loved the film and Irrfan is ready as well. We will be going on the floors once the preparatory work is complete.”

Hindi Medium was a wonderful movie and we are expecting same level sequel by the talented cast and a strong social issue being discussed.