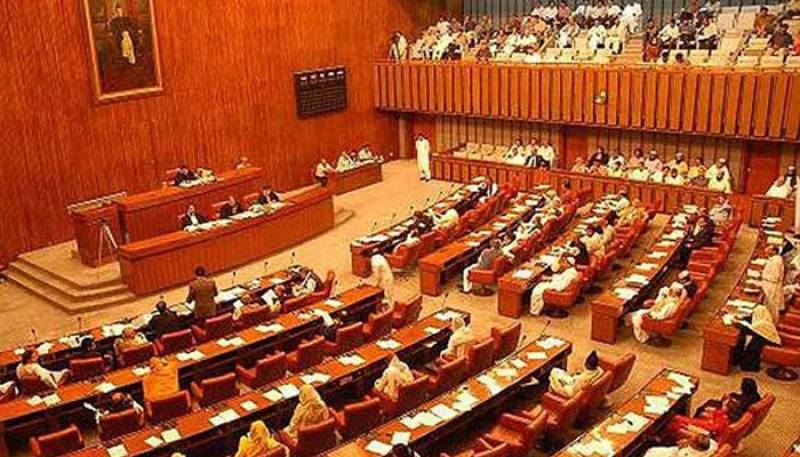 ISLAMABAD - A unanimous resolution was adopted on Monday in the upper house of legislative chamber against the blasphemous caricature competition in Netherlands.

The resolution was tabled by newly elected Leader of the House Shibli Faraz.

The prime minister said his government would approach Organisation of Islamic Cooperation (OIC) to resolve this issue.

ISLAMABAD - The Foreign Office (FO) called on Monday the charge d'affaires of Netherlands to record protest against ...

Earlier, the Foreign Office (FO) of Pakistan called the charge d’affaires of Netherlands to record protest against the blasphemous cartoon competition.

The leader of Dutch Freedom Party and Parliamentarian Geert Wilders had announced to hold a competition of blasphemous caricatures.

According to a statement issued by the Foreign Office, Pakistan’s Ambassador in The Hague has also been instructed to forcefully raise the issue with the Dutch government along with Ambassadors of Organisation of Islamic Cooperation (OIC) member states.