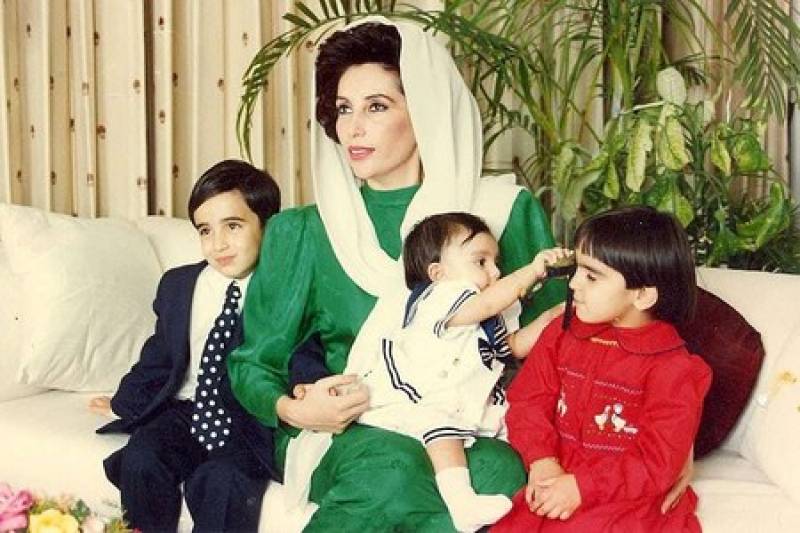 In an Instagram post, the 30-year-old shared a portrait of her mother that was placed prominently during the ceremony of Bakhtawar's engagement to Mahmood Choudhry last month.

Bakhtawar is all set to marry the Dubai-based businessman next month in Karachi.

Benazir Bhutto was assassinated at the age of 54 in a gun and bomb attack in Rawalpindi on December 27, 2007.

She is buried at the family graveyard of the Bhutto family in Garhi Khuda Bakhsh, Larkana.

Benazir took oath as the first female prime minister of Pakistan and the first woman to lead a Muslim state on December 2, 1988.

The entry of Aseefa Bhutto, daughter of former President Asif Ali Zardari and slain PM Benazir Bhutto, into the ...