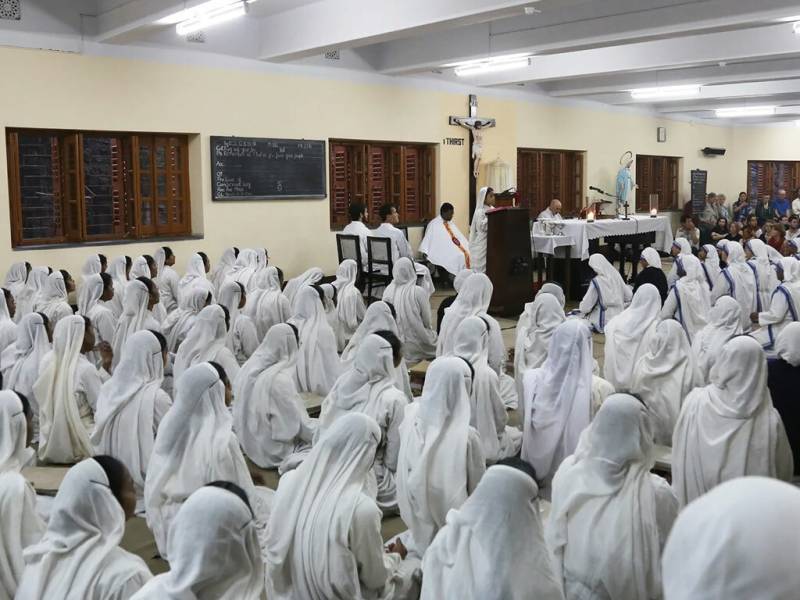 "Shocked to hear that (at) Christmas, Union Ministry FROZE ALL BANK ACCOUNTS of Mother Teresa's Missionaries of Charity in India!" Mamata Banerjee, the West Bengal's chief minister, wrote in a tweet.

"Their 22,000 patients & employees have been left without food & medicines. While the law is paramount, humanitarian efforts must not be compromised," Banerjee added.

Nobel-laureate Mother Teresa, a Roman Catholic nun who died in 1997, founded the Missionaries of Charity in 1950.

On the eve of Christmas, Hindu fanatics were seen burning an effigy of Santa Claus in Uttar Pradesh.

In the viral incident, a group of Bajrang Dal activists set ablaze an effigy of Santa Clause in Uttar Pradesh’s Agra District. A video of the incident went viral on social media where Hindu fanatics can be seen setting the Santa Claus effigy ablaze and shouting slogans like ‘go back Santa Claus’ and ‘death to Santa’. The protesters also threw shoes at Santa Claus and hurled abuses at the effigy.

There are reports that some Hindu extremists were protesting against the alleged conversion of people from Hinduism to Christianity.

Last week, a Hindu organisation had submitted a memorandum to the District Magistrate of Agra, saying that Christians were converting Hindu children into their missionary schools.

As the seeds of hatred sown by the right-wing BJP government in India have started bearing the fruit, violence against ...