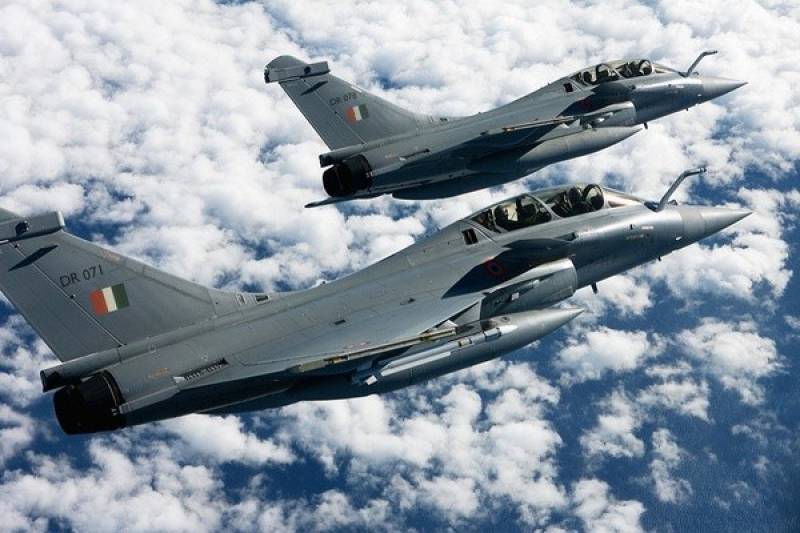 NEW DELHI – Twitterati in India seem to be realizing the severity of the mistake committed by the Indian Air Force which lost two aircraft after the violation of Pakistan’s airspace as #SayNoToWar is now among the top trends on social networking site.

Social media users in India who were whipping up the war hysteria in the backdrop of Pulwama attack altered their mindset altogether after Pakistan shot down two IAF aircraft on Wednesday.

Hundreds of Twitter users in India are now asking for détente with Pakistan, putting their tweets under the hashtag SayNoToWar.

Owing to a huge number of tweets under the said hashtag, the trend is now amongst the top three in India.

#SayNoToWar
Both the country's govts should get over their personal political goals and maintain peace in the region. Neither of them want the burden of lives lost in a war, nor do they have the economic strength to support a war.
Play a game of cricket instead and decide.

A short note to all the Indian TV News Anchors who have been trying their best to escalate the warlike situation between India and Pakistan -
- "if you support war, send your own children."#SayNoToWar

The development comes after Pakistan Air Force sprung into action on Wednesday and shot down two Indian aircraft and captured an Indian pilot alive.

Tension between India and Pakistan escalated after India violated the Line of Control in the wee hours of Tuesday before being whisked away by Pakistan Air Force.

Pakistan’s Prime Minister Imran Khan offered India one more time to negotiate in an address to the Pakistani nation saying, it was nowhere in the interest of Pakistan for it to be used as a base for militancy.