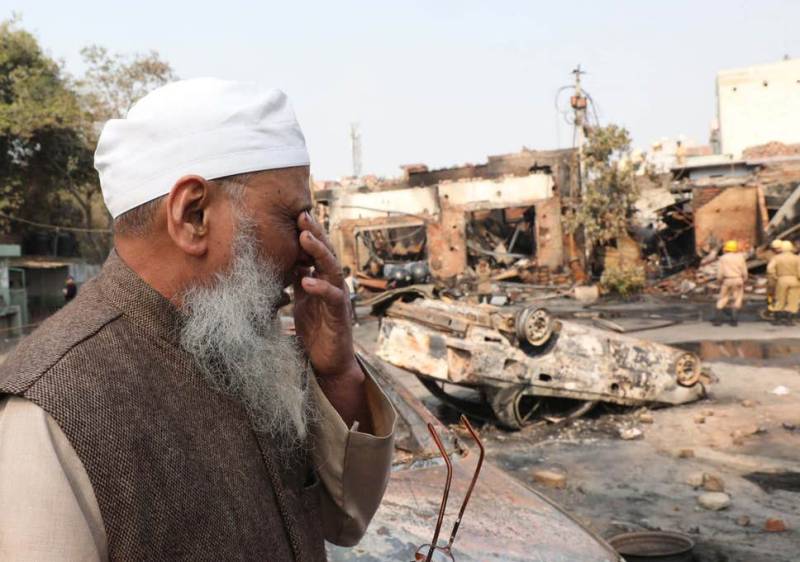 The human rights commission in a tweet called on the Indian government to protect its Muslim minority in line with its obligations under international human rights law.

The #OIC calls on #Indian authorities to bring the instigators and perpetrators of these acts of anti-Muslim violence to justice and to ensure the safety and security of all its Muslim citizens and the protection of Islamic holy places across the country. #IndianMuslimsInDanger

This came after death toll in anti-Muslim violence in the Indian capital has risen to 38. According to reports, more than two hundred people have been injured in the violence.

The clashes first broke out on Sunday between protesters for and against a controversial citizenship law.

Delhi remains on edge after three nights of rioting, with reports of Muslim homes and shops being targeted by violent mobs.

India's main opposition Congress party has demanded the resignation of Home Minister Amit Shah and blamed him for the violence.

Meanwhile, a US government commission has faulted India's response to deadly communal riots in New Delhi and urged the government to take swift action to protect the Muslim minority.

Chairman Tony Perkins, a close aide to the Trump administration, in a statement urged the Indian government to take serious efforts to protect Muslims and others targeted by mob violence.

A commissioner Anurima Bhargava has also demanded of the Indian government to must take swift action to ensure the safety of all of its citizens.