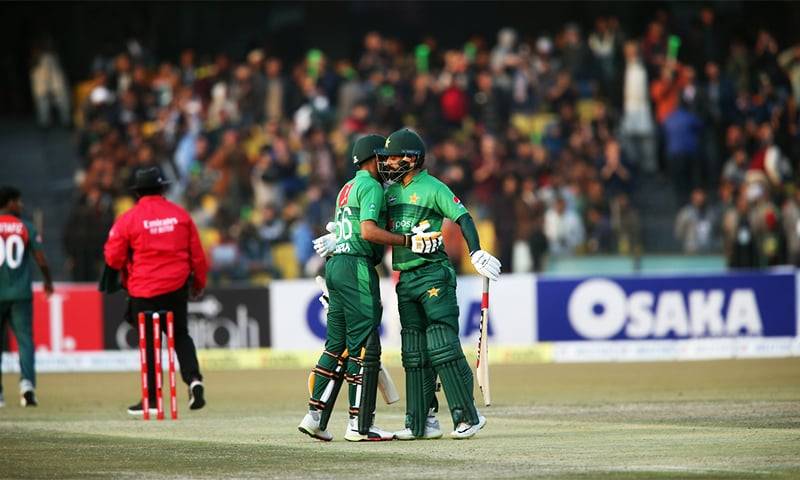 LAHORE - The third and final match of T-20 series between Pakistan and Bangladesh will be played at Gaddafi stadium in Lahore today (Monday).

Pakistan will be looking to complete the T20 series sweep with a win against Bangladesh in the match today to maintain their top ranking in the T-20 format of cricket.

Pakistan beat Bangladesh by five wickets in first T-20 on Friday and on Saturday, in the second T20 of three-match series Pakistan defeated Bangladesh by nine wickets.

Batting hasn’t been easy, particularly for the side batting first as the stadium has had a slight grass cover on the pitch in both games.

Foolproof security arrangements have been made for the ongoing shortest format of the game in Gaddafi stadium, Lahore.

Meanwhile, showers are also expected in Lahore in the afternoon.