PSL7: Paragliders kick off the biggest cricket event IN THE AIR! (VIDEO) 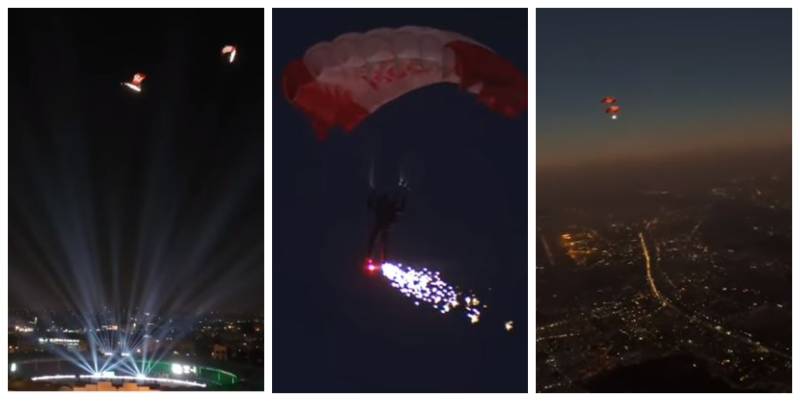 KARACHI – A thrilling video showing paragliders descending from the sky at the National Stadium in the port city took the fans' excitement for the Pakistan Super League (PSL) to another level on Thursday evening.

A team of three paratroopers jumped off the helicopter to kick off the seventh edition of Pakistan’s biggest tournament “in the air”, literally!.

As they touch the stadium, one of the paragliders could be seen handing over the ball to the umpire for the first match of the PSL 7.

The opening ceremony also featured a performance of singer Atif Aslam and Aima Baig and an impressive fireworks display.

However, the epic stunt performed by paratroopers has forced fans to admit “Level Hai” as they are sharing their excitement on Twitter.

Outstanding, more than outstanding, I watched it repeat again and again, #LevelHaiRocked