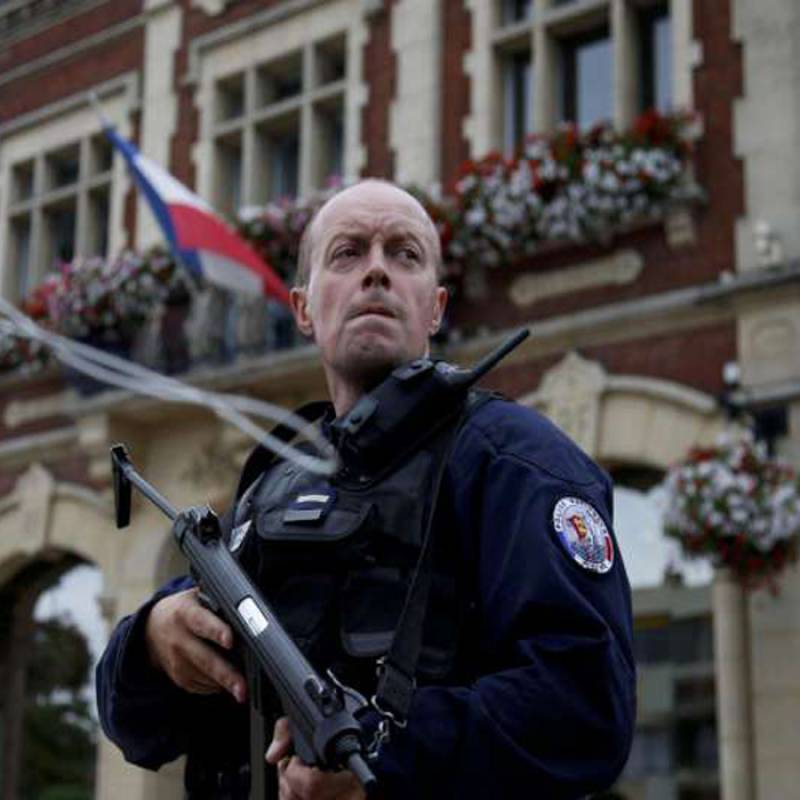 SAINT-ETIENNE-DU-ROUVRAY- Just two weeks after the Nice attacks which saw 84 killed and 300 injured. France was struck with terror again when a 19 years old teenager, Adel Kermich,  took to the Catholic Church during morning mass and slits the throat of an 86-year-old priest.

The teenager assisted by one other killed the priest, Jacques Hamel, by slitting his throat, seriously injuring one worshiper in the process as well.

Kermiche was a French militant under house arrest for attempting to run twice to join ISIS, first to Syria using his brother’s identity and second to Turkey in May 2015 from where he was caught again and kept in custody till March 2016.

After returning to France, he was fitted with an electronic bracelet and was allowed to leave his home on weekdays between 8:00 am and 12:30 pm. It was during this time that he along with his partner entered the monumental Saint-Etienne church and took the priest along with three nuns and two worshipers as hostages.

One of the nuns escaped and alerted the police, who arrived on the scene and tried to negotiate with the militants but the militants charged towards the police and were killed by them.

This was the third major attack in France in the last 18 months and is expected to raise further questions on the security failure in the country.