ISLAMABAD - A new political party, comprising disgruntled leaders of PML-N and PML-Q, named Balochistan Awami Party (BAP) is likely to form a coalition government in Balochistan as it has bagged more seats in the 11th General Elections.

According to official results released by the Election Commission of Pakistan (ECP), the BAP, which was launched in March by former chief minister Mir Abdul Quddus Bizenjo, won 13 general seats out of 51. 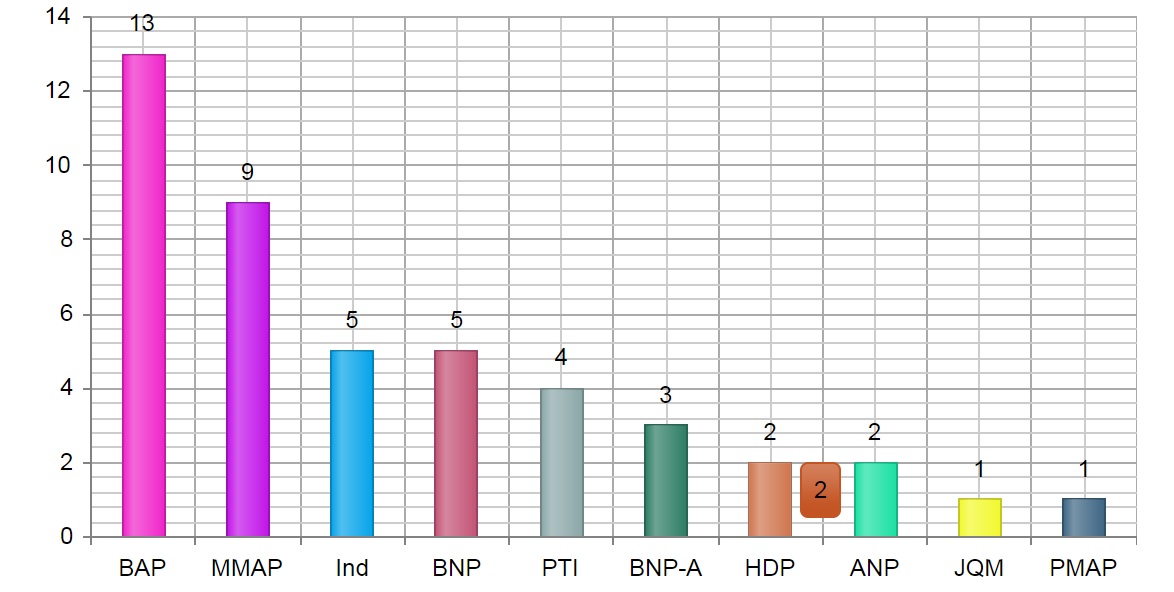 The results for four provincial seats are awaited and election in one constituency has been postponed.

It is expected that the PTI, which is on the top in National Assembly seats, would join hands with the BAP for forming the coalition government.

Fawad Chaudhry, a spokesperson of the PTI, talking to a private news channel on Thursday hinted at sitting on the treasury benches in the Balochistan.