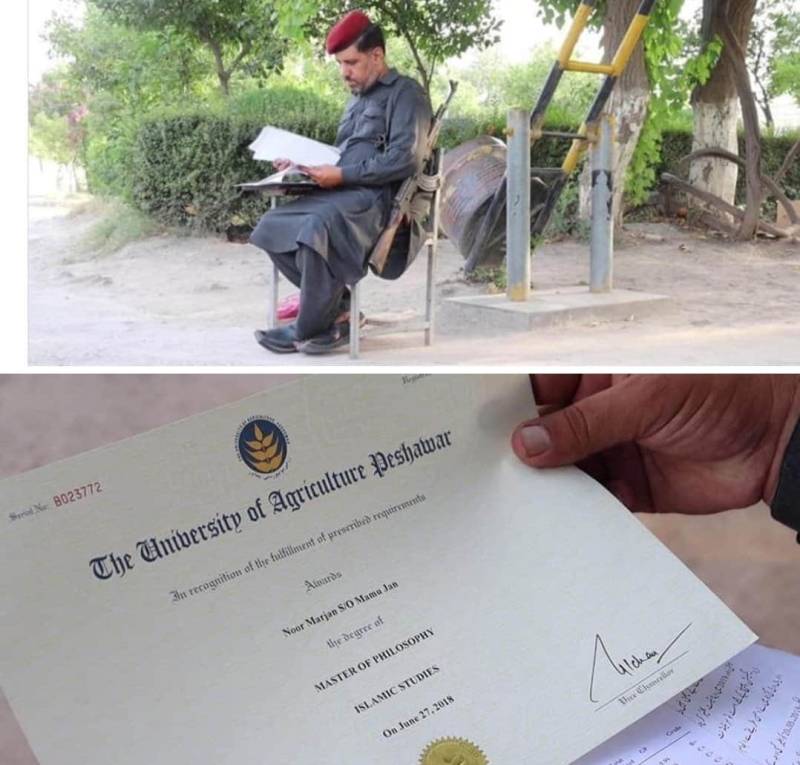 PESHAWAR – A man, who was appointed as security guard 20 years ago on matric qualification, has now earned his M.Phil degree from Agriculture University Peshawar.

However, Noor Marjan still works as a watchman at the Sheikh Zayed Islamic Center at the University of Peshawar despite completing his research on ‘comparative analysis of tribal customs with customs of Hindu and Sikhs’.

While hoping to get a better job, Noor told Independent Urdu that he sometimes gets very upset. “But I can't give it up because if I give up, there is no other source of livelihood and my pension will be lost.”

Appealing to the government and the university administration, Noor Marjan said, "My request is that I be given a duty according to my education."

'I have done M.Phil including B.Ed and M.Ed which is related to the field of education, so if I am not a lecturer then at least I should be given the duty of teaching assistant so that I can continue my education for the betterment of children.”