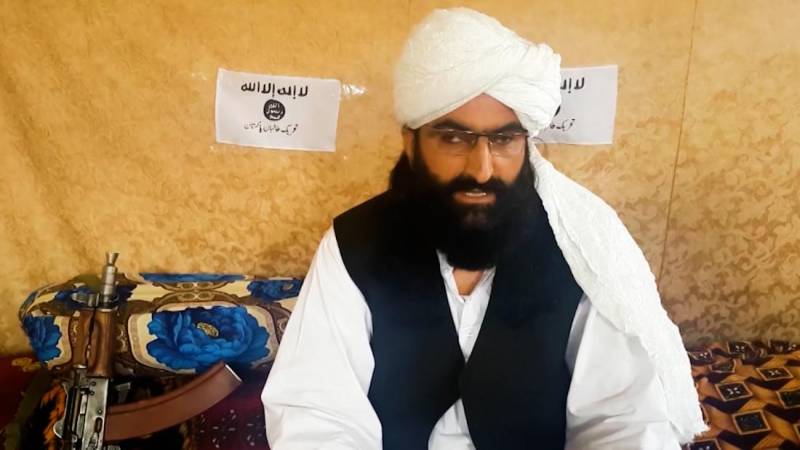 KABUL/WASHINGTON – As the Afghan Taliban keep sweeping through a third of Afghanistan’s regions following the US withdrawal from the Asian country, the chief of banned Tehreek e Taliban Pakistan reiterated ‘holy war’ against Islamabad.

In his first ever interview with CNN’s Nic Robertson, Noor Wali Mehsud expressed hope to get support from the Afghan insurgents amid the escalating situation.

Mehsud, who was speaking from an unknown location, announced to wage their bloody campaign from "a united front" instead of fighting individually.

“The victory of Afghan Taliban is the victory of entire Muslim people,” the TTP chief, who took command in the year 2018, can be heard saying in Urdu. Furthermore, he said their relations [with the Afghan Taliban] are "based on brotherhood, sympathy, and Islamic principles."

In a rare video appearance, the chief of a banned global terror organization said: “Our fight is with only Pakistan as we are at war with Pakistan Armed forces."

Mehsud expressed to take control of the tribal areas of Pakistan – which the South Asian country has merged into an adjacent province, Khyber Pakhtunkhwa, in a bid to restore peace to these lands.

TTP was involved in a number of deadly attacks including the 2009 attack other than the 2014 Peshawar school massacre that killed 150 people mostly minors. Let it be known that three of the former TTP chiefs were killed in drone strikes including APS mastermind Mullah Fazlullah. UN has also sanctioned him as a global terrorist in wake of his ties with Al-Qaeda.

Experts believe Pakistan is more vulnerable to the current situation against splinter groups as a recent report of the United Nations draws attention to the increasing cross-border terrorist threat to Pakistan from Tehreek-e-Taliban Pakistan (TTP) operating from Afghan soil.

NEW YORK – A recent report of the United Nations alarmed Pakistani authorities to stay vigilant against ...

The report pointed out similar cross-border terrorist threats posed by the TTP to Pakistan, owing to its reunification and strengthening in Afghanistan.

It was also revealed that the outlawed terror outfit has increased its financial resources from extortion, smuggling, and taxes.

Pakistan in recent months has been particularly concerned at the strengthening of the Tehreek e Taliban Pakistan and the JuA in war raged Afghanistan as a result of external financial and material support.

The Indian sponsorship and financing of such terror outfits appear to be aimed not only at undermining Pakistan’s gains against these terror outfits in recent years but also to spoil any chances of peace and stability in Afghanistan.

KABUL – A key leader of banned Tehrik-e-Taliban Pakistan (TTP) was killed in Kunar province of Afghanistan, ...