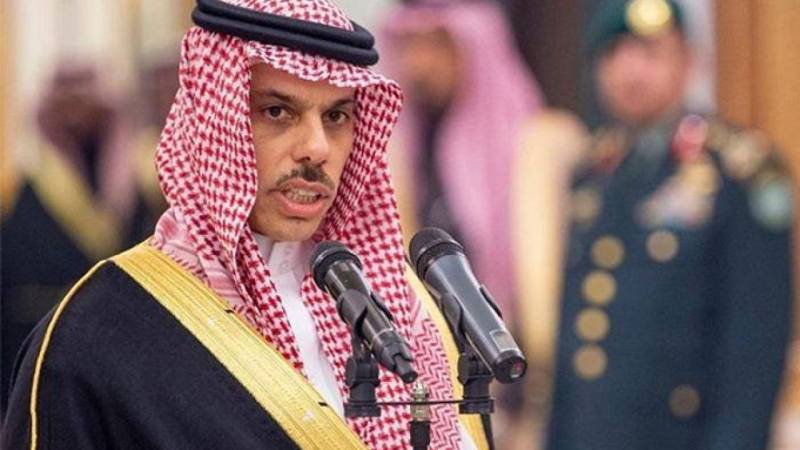 H.H. @FaisalbinFarhan’s today’s visit to 🇵🇰 holds significance in the backdrop of PM @ImranKhanPTI & FM @SMQureshiPTI’s visit to 🇸🇦 in May 2021. It will provide a timely opportunity to review progress in bilateral coop. in line with vision of the leadership of the two countries. pic.twitter.com/lj7CrhDzhf

The two foreign ministers would exchange views on the entire gamut of bilateral relations and regional and international issues, adding the Saudi foreign minister would call on other dignitaries as well during the brief visit.

The visit holds special significance in the backdrop of the recent visit of Prime Minister Imran Khan to Saudi Arabia in May 2021. Pakistan hopes that the visit will provide a timely opportunity for both countries to review the progress in bilateral cooperation.

FO further added that “Pakistan and Saudi Arabia have long-standing and historic fraternal relations, rooted deep in common faith, shared history and mutual support. The relationship is marked by close cooperation in all fields and mutual collaboration on regional and international issues.”

Meanwhile, Pakistan hopes that the visit of Saudi FM will reinforce the positive momentum in high-level exchanges and the deepening of bilateral cooperation in diverse fields.

PM’s aide Tahir Ashrafi said during the visit of the Saudi foreign minister, bilateral relations and cooperation in various fields would be reviewed. The crown prince was in Islamabad on a high-profile visit in February 2019, during which Saudi Arabia signed investment deals with Pakistan worth $20 billion.

ISLAMABAD – A total of 63 Pakistani prisoners, who were recently released by Saudi Arabia, arrived at Islamabad ...

The progress on the agreements would be reviewed during Prince Faisal's upcoming visit, which would also focus on future cooperation between the two countries, he added.