US formally ends combat mission in Iraq after 18 years 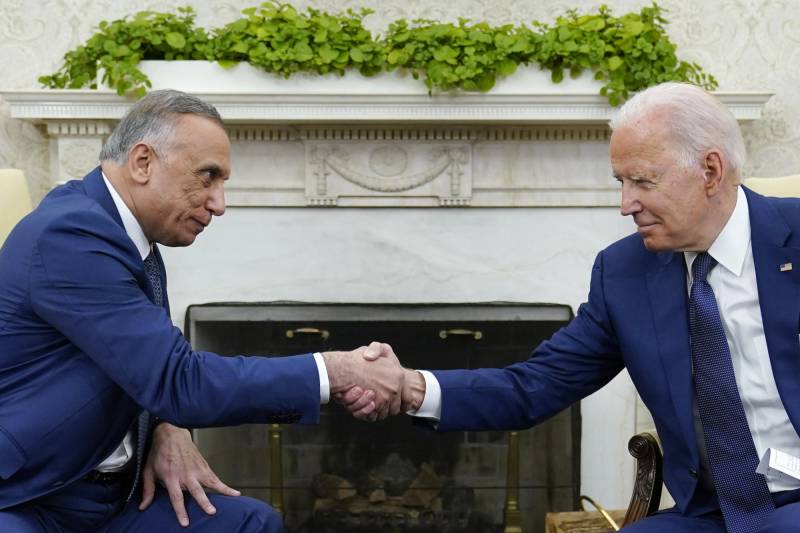 WASHINGTON – US President Joe Biden and Iraqi premier Mustafa al-Kadhimi Monday sealed an agreement according to which the American forces will conclude their combat mission in Iraq by the end of the year.

The announcement depicts a major shift in US policy as it comes on the heels of the US decision to withdraw fully from war raged Afghanistan nearly after 2 decades.

Together, the wars in Afghanistan and Iraq have heavily taxed the United States military and kept it from devoting more attention to a rising China, which the incumbent authorities termed as the biggest ‘long-term security challenge’.

At least 2,500 US troops are deployed in Iraq and officials declined to say how that number would change following the recent announcement of the US President.

US armed forces have played support roles in Iraq and in Syria, the origin of the IS group that swept across the border back in 2014 and took over large swaths of Iraqi territory.

A joint U.S.-Iraq statement said the security relationship will be focused on training, advising, and intelligence-sharing. Joe Biden while commenting on the development said the US military will continue to assist the Middle East country in its fight against ISIS.

“Our shared fight against the militant group is critical for the stability of the region and our counterterrorism operation will continue, even as we shift to this new phase we’re going to be talking about. We’re not going to be, by the end of the year, in a combat mission,” he added

A senior adviser to Concerned Veterans for America Dan Caldwell said US troops will remain at risk. “Regardless of whether their deployment is called a combat mission, U.S. troops will remain under regular attack as long as they remain in Iraq. The American military presence in Iraq is not necessary for our safety and only risks the loss of more American life”, he said.

In recent times, US soldiers in Iraq have been targeted by several drone strikes, prompting back-and-forth retaliatory action. The tensions escalated when former President Donald Trump ordered a strike to kill Iran's top commander during a visit to Baghdad.

In April, the US and Iraq agreed to change the American troops' mission, which had begun in 2015 and focused on training and advisory roles assisting Iraqi security forces, but there was no timeline for completing the transition.

A US-led coalition invaded Iraq in 2003 based on charges that former-Iraqi leader Saddam Hussein’s government allegedly possessed weapons of mass destruction. Saddam was ousted but such weapons were never found.

WASHINGTON – The top military commander of the US Wednesday said ‘there are a range of possible outcomes in ...