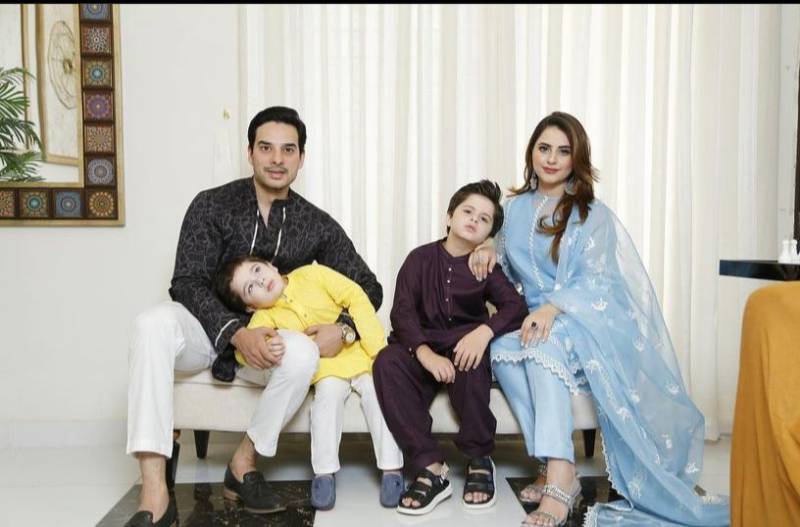 Pakistani much-adored celebrity couple Fatima Effendi and Kanwar Arsalan are one of the most-liked celebrity duos in the entertainment vicinity.

This time around, the talent powerhouse made her way to the headlines as she announced that she has launched her YouTube channel.

Taking to Instagram, the Munafiq star revealed that she has launched her Youtube channel with a fun-filled family vlog leaving fans overjoyed.

Note: This is my only youtube channel", captioned the Kaash Main Teri Beti Na Hoti actor.

Fatima Effendi appeared in several Pakistani dramas including some of her popular drama serials like Man-O-Salwa, Mkafaat, Meri Zaat Zarra-e-Benishan and others.

Back in 2012, the couple tied the knot in a lavish wedding ceremony and are blessed with two sons named Almir Khan Arsalan and Mahbir Khan Arsalan.

Pakistani much-adored celebrity couple Fatima Effendi and Kanwar Arsalan are one of the most-liked celebrity duos in ...