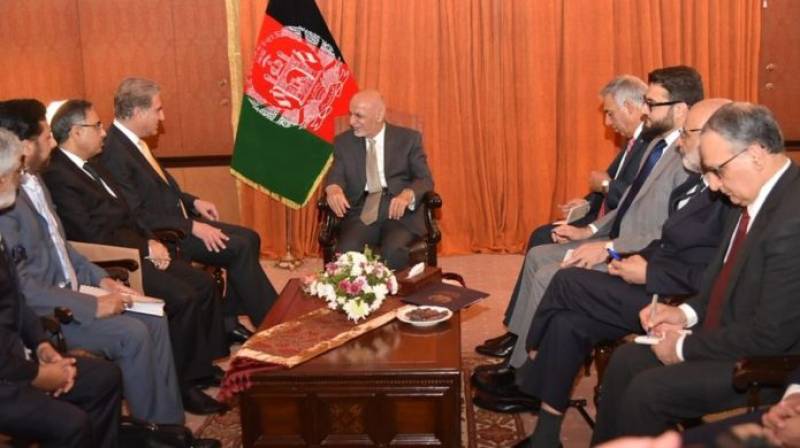 ISLAMABAD - Pakistan's Foreign Minister, Shah Mehmood Qureshi announced on Thursday that the Torkham Border with Afghanistan would remain open round the clock.

The foreign minister met visiting Afghan president, Ashraf Ghani and expressed that his meeting helped build trust [between the neighbours].

Shah Mehmood Qureshi expressed that the opening of Torkham border would reduce the time for mobility of goods.

ISLAMABAD - Afghan President Ashraf Ghani has arrived in Islamabad on a two-day visit to Pakistan, the Radio Pakistan ...

'Pakistan would continue to play its role for peace in Afghanistan,' Qureshi highlighted during his media briefing and added that trade and investment were amongst the issues discussed with Afghan president.

The foreign minister stressed the need for improved communication to cement ties between the two countries.

He emphasized the need to look forward instead of being rooted in the past for betterment of ties.

Qureshi announced that the staff in Afghanistan would be increased to ease the visa process, adding that a task force has been established to brainstorm the issues of connectivity and trade.