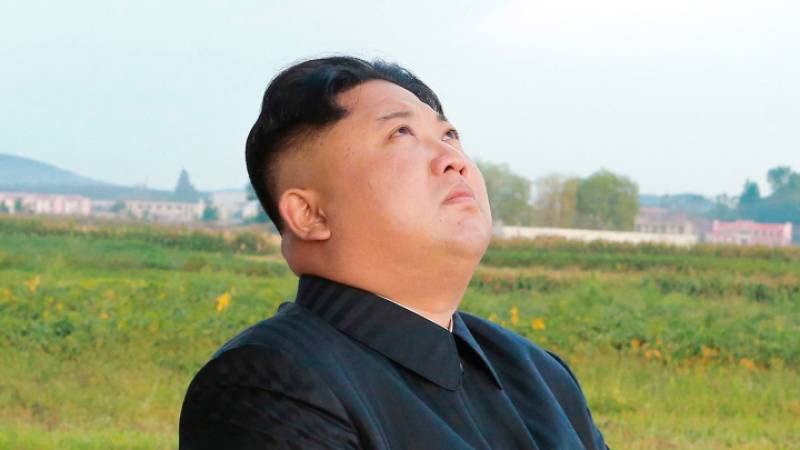 PYONGYANG - North Korea's supreme leader, Kim Jong Un arrived in Beijing on Monday, in what appears to be a sign of detente between China and North Korea after the latter faced numerous sanctions owing to its nuclear program.

According to a report by Bloomberg, this is the first-ever trip of Un outside the country as its ruler and interestingly the autocrat took the train route to arrive in the Chinese capital, that too far away from the media spotlight.

Although no official announcement has been made regarding Un's trip, however, a large security presence outside the Diaoyutai State Guesthouse, where North Korean leaders have previously stayed, bolstered speculation that a member of the Kim family had dashed to China.

A footage of the motorcade, shared by Stephen Mcdonell, gives a glimpse of how the security was tightened for the 'high-profile trip'.

Whoever has arrived in Beijing got quite a motorcade: pic.twitter.com/qL1Q55Hnma

Un's father, Kim Jong-il had also travelled to China by armoured train in 2011 and social media reports imply that the incumbent North Korean leader took the same train before he joined a motorcade involving police on motorbikes and a limousine to sneak through the streets of China.

According to the staff and tourists, parts of the Temple of Heaven, a complex founded in the 15th Century, was closed at about 10 a.m. when a motorcade entered the premises.

Let it be known that Kim's father's tour was also officially announced after its completion, but political observers are keeping a close eye on the current trip, that could be seen as a precursor to Un's long-awaited meeting with US President Donald Trump.

Although China is a traditional ally of North Korea - with both a signatory of mutual defense treaty - however, the ties became strained since Kim purged several top-ranking officials close to Beijing, including his uncle, Jang Song Thaek.

The relations between the two countries became frayed in 2017 after a spree of missile tests, which irked China's leaders and resulted in multiple rounds of United Nations sanctions targeting North Korea.

With the dawn of 2018, the ties improved largely because of North Korea's participation in the Winter Olympics in Pyeongchang last month.

Another announcement that followed Olympics was Kim's agreement to meet South Korean counterpart, Moon Jae-in in April and a planned summit with Trump by May.