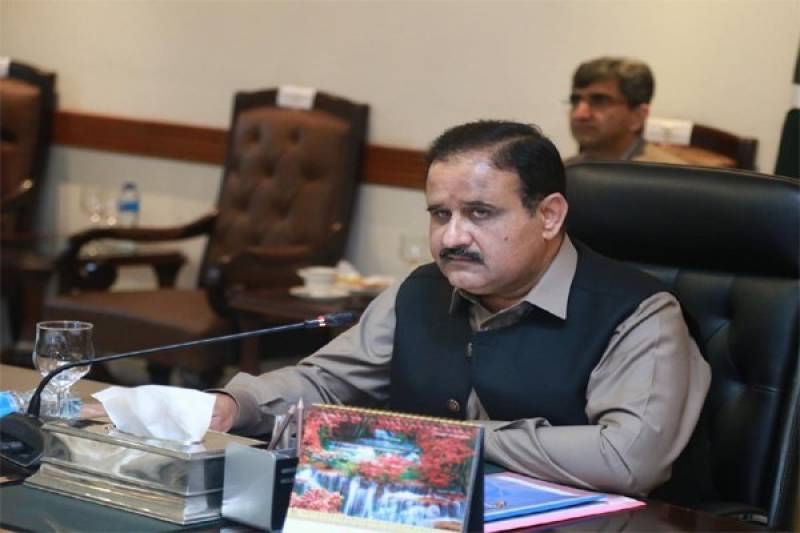 LAHORE - Punjab Chief Minister Sardar Usman Buzdar on Friday presided over a meeting of cabinet committee for the eradication of coronavirus through video-link here at his office and reviewed the arrangements made for the treatment of patients besides taking up pace of food supply chain in the province.

The meeting decided to close down ‘karyana’, grocery and general stores at 8-00 pm. The chief minister said that these shops would remain open from 8-00 am to 8-00 pm daily and implementation on this decision would start from March 28. No one would be allowed to violate this decision, he added.

He said that decision had also been made in the direction of Prime Minister Imran Khan to allow movement of goods transport while the ban on public transport would remain in vogue. He directed to further strict the hot-spots’ checking system throughout the province, adding that implementation on SOPs is ensured after the identification of sensitive areas. Movement should be kept limited in corona case affected areas, he added.

He directed to ensure the availability of essential items, adding that arrangements relating to managing food supplies for the poor be given final shape at the earliest. He reiterated that the economic package was being devised and a committee led by the finance minister would give a briefing on it on March 28. He said that the availability of coronavirus diagnosing kits must be ensured along with the provision of personal protection equipment for doctors and paramedics. He directed to maintain cleanliness at the DG Khan quarantine centers.

The Punjab government appreciated the services being rendered by Pakistan Army, Rangers, Police and members of the provincial administration, he said. Similarly, the role being played by doctors and paramedics was also worthwhile, he added.