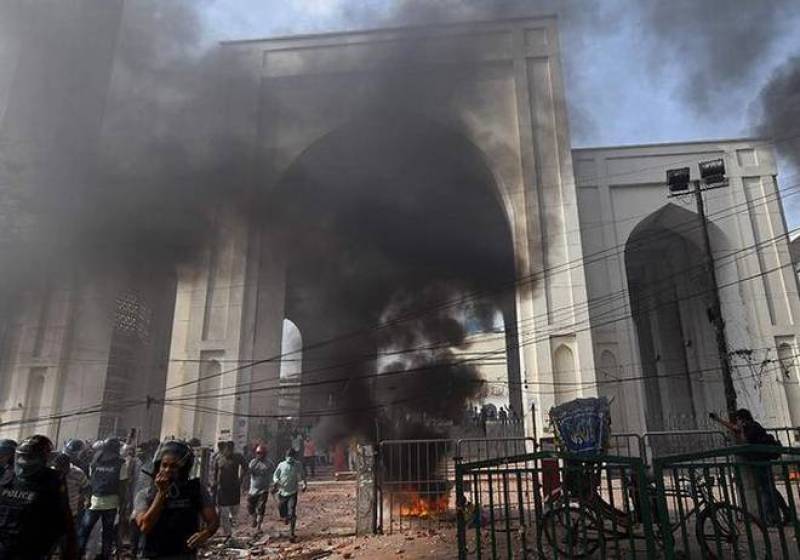 DHAKA – At least five people were killed and many others injured after a deadly protest broke out in Bangladesh against the visit Indian Prime Minister Narendra Modi.

The violence, which began on Friday at the main mosque in Dhaka, spread to several districts ad to maintain order, the Border Guards were deployed.

Meanwhile, people started sharing videos and images of the violence taking place in the South Asian country on Facebook following which the company suspended services said a spokesperson, after people complained of not being able to access the popular social media app.

A spokesperson for the Border Guard Bangladesh (BGB), which also acts as a reserve paramilitary force to maintain law and order, said it had deployed troops since Friday night.

The BGB troops had been deployed in different districts of the country on the instructions of the home ministry and in aid of the civil administration, and after their deployment, the situation is normal, said Lieutenant Colonel Fayzur Rahman, who is the operations director of the force.

The protests started as Bangladesh marks 50 years of independence with rights groups calling an end to increased authoritarianism including forced disappearances and extra-judicial killings.

Police said four bodies were brought to Chittagong Medical College Hospital after violence erupted at Hathazari, a rural town where the Hefazat-e-Islam’s main leaders are based.

At least four other demonstrators were critically injured.

A Hefazat spokesman said tens of thousands of supporters of the group demonstrated on Friday to protest against Modi's two-day tour to Bangladesh.

The group has also called nationwide demonstrations for Saturday and a strike on Sunday to protest against the police's actions and firing on "peaceful" protesters.

DHAKA – Dozens of people were injured in Bangladesh after police used tear gas and rubber bullets force to ...