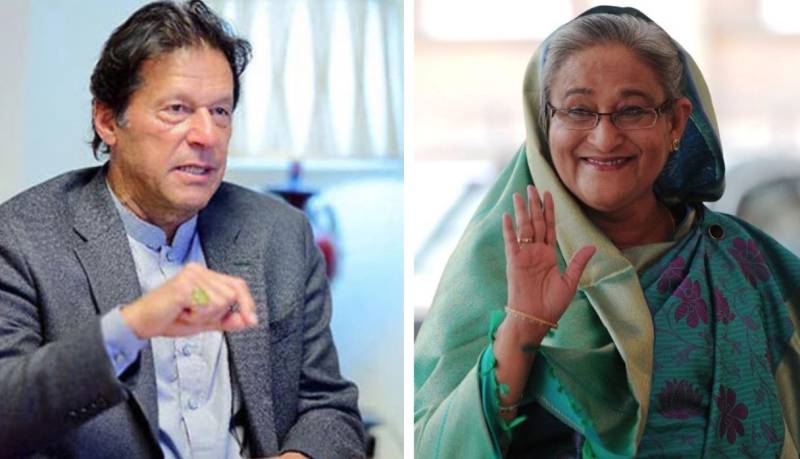 The message of the premier was also read out during the ceremony in Bangladesh’s capital, where Indian PM Narendra Modi was also near at hand.

In his letter to Hasina, PM Imran said ‘Let us renew our resolve to jointly work for a better future for our peoples and even closer ties between our two countries. The centenary events to commemorate the late Prime Minister Sheikh Mujib ur Rahman were reflective of the deep affection and esteem in which he is held by herself and the people of Bangladesh, it added.

‘On my own behalf, and behalf of the Government and people of Pakistan, I have great pleasure in extending our felicitations on the 50th anniversary of the People's Republic of Bangladesh.’, the letter further reads.

The premier also mentioned that Pakistan deeply values its ties with Bangladesh, which are based on shared history, common faith, and convergent interests in promoting lasting peace and security as well as sustainable prosperity in our region and beyond.

Imran Khan also invited Sheikh Hasina to visit Pakistan at her earliest convenience, underscoring that the visit would open a new chapter for both countries.

On March 23, Hasina in her letter extended wishes to PM Imran and the Pakistani nation. 'I believe there are immense potentials for our existing relations to be further deepened and diversified in the coming years. Both of our Peoples could benefit from the shared journey towards development and peace. I wish you good health and happiness, and the continued progress and prosperity of the friendly people of Pakistan', she wrote in a letter on Pakistan Day.